It’s a brand new year (JESUS, JANUARY IS NEARLY OVER) which means a host of new films to look forward to just on the horizon. It’s fairly customary for outlets to do a “Things to get excited about” list, but having a quick perusal on what’s on offer this year, you can colour me…..cautiously optimistic. So, instead of getting overly excited or hyped and then be severely disappointed later on, here’s a tepid list of “hopefuls” and a genuine worry I have about the movies hitting our screens this 2018.

8 HOPEFULS (in no particular order)

Look, this one’s a gimme. As a Deadpool fan (both movie and comics), it was always a guarantee that I’d be looking forward to this one. And, granted, while I was absolutely gutted that original director, Tim Miller, bowed out due to the dreaded “creative differences”, getting replaced by John Wick and Atomic Blonde director, David Leitch had me back on board in a big, bad way. And, if nothing else, we have the wonderfully insane marketing to look forward to.

Visually glorious and challenging sci-fi epics are a thing to be celebrated, none more so than the upcoming A Wrinkle in Time. Based on the 1960’s novel by Madeline L’Engle and directed by Ava DuVernay (Selma, The 13th), the story follows a young girl (Storm Reid) who, along with her siblings are tasked with finding her scientist father (Chris Pine) by three celestial beings (Reese Witherspoon, Oprah Winfrey, Mindy Kaling). In a year where sequels and franchises will dominate, this will be a welcome addition for those of us looking for some big budget originality.

Battle Angel Alita was one of the first animes I ever laid eyes on, and, before I managed to get a hold of a copy of Akira, it absolutely blew my tiny mind. The story follows a resurrected cyborg, brought back to life by a benevolent doctor, who discovers she’s far more powerful than anyone could imagine and sets out on a journey to discover her past. This has been a long gestating project for producer James Cameron who’s been attempting to bring this particular movie to life for years and now, with director, Robert Rodriguez in tow, it’s a reality. Hopefully, Rosa Salazar’s admittedly odd look won’t be too much of a distraction from the overall movie.

The victim has become the mastermind, with Shane Black, who co-starred in the original Predator as the ill-fated Rick Hawkins, returns to the universe but this time behind the camera. Along with directing duties, Black, along with his Monster Squad co-writer, Fred Dekker, will also be writing the film which will see Boyd Holbrook as a special ops commando attempting to hunt down the aforementioned intergalactic game hunters to prove their existence to the world. The film is meant to take place after Predator and Predator 2 but before 2010’s Predators. It’s rumoured that Black has even go so far as to go back to the past two films to find threads that he can connect his own movie to. I’m actually just excited to hear more Shane Black dialogue. The movie could be about suicidal Teletubbies and I’d be there opening day knowing Black wrote it.

Apostle is a movie we’ve heard very little about, barring a couple of tidbits about casting and a single pic. The reason I’m so excited about Dan Stevens’ upcoming film about a brother looking for his sister taken by a cult is because it was written / directed by The Raid‘s Gareth Evans. And while Stevens himself has gone on the record as saying that the film isn’t The Raid 3, I’m still holding out hope that Evans will be bringing his signature, no holds barred brutality to western cinema. Apostle has been bought by Netflix, so no doubt we’ll be seeing a trailer / release sometime in the coming future.

THE GIRL IN THE SPIDER’S WEB (October 19)

Initially I wasn’t completely keen with this idea. With Fincher, Mara and Craig no longer on board this felt like it was going to be another run of the mill thriller with no real talent behind the camera. But then Fede Alvarez (Don’t Breathe) signed onto direct and Claire Foy was cast as the troubled yet badass hacker, Lisbeth Salander. And suddenly all felt right in the world. While 2013’s Evil Dead might not have been everyone’s cup of tea (it was definitely mine), Alvarez really showed his skill and talent with 2016’s claustrophobic and ridiculously intense Don’t Breathe. Sure, it’s sad to see Fincher move on to other things without having another crack at this world, but Alvarez has some pretty magnificent directing chops, and the fact that he’ll have a chance to adapt one of the Millenium books that has yet to be brought to the big screen overseas is definitely something to be excited about.

SPIDER-MAN: INTO THE SPIDER-VERSE (December 14)

As desperate as I am to see Miles Morales be brought into the MCU, I’ll take Into the Spider-Verse as a nice consolation prize. The film is written by Phil Lord and produced by Lord / Miller who, Han Solo aside, are pretty damn fine talents you want on your side. The film will look at the other Spider-Man, Morales who, in the Ultimates universe (SPOILERS) takes up the mantle of the Web-head after Peter Parker succumbs to his wounds from his battle with the Green Goblin. Morales will be played by Shameik Moore (Dope) and will be joined by the likes of Liev Schreiber and Mahershala Ali. Oh, and I don’t think I’ve seen animation quite like this before.

There’s a bunch of reasons to get excited about this movie. Firstly, it moves us closer to Infinity War (I’m getting to that), secondly, it’ll delve deeper in the mythos of the Black Panther and T’Challa first hinted at in Civil War, as well as bringing us head long into the futuristic society / country of Wakanda. Thirdly, it’s a big budget comic book movie featuring afro-futurism. But the main reason I’m personally excited for Black Panther is director, Ryan Coogler. While he hasn’t made a whole lot of films, you can tell that he’s put his entire being into the ones he has. Fruitvale Station is a truly gut-wrenching experience and Creed has way more heart than it should, a soft reboot of a beloved classic that is told in absolute earnest. If there’s one reason to give you peace of mind about this particular movie, it’s Coogler.

I have to be honest. I’m genuinely nervous about this film. The culmination of 10 years worth of build up, beginning with 2008’s Iron Man, Avengers: Infinity War will bring together the who’s who of the MCU in one gigantic spectacle. And I just don’t see how the Russo Brothers will pull it off. Maybe it’s a lack of imagination or faith on my behalf, but this feels like such a gargantuan task, even for the guys behind The Winter Soldier and Civil War. I guess my biggest point of caution is Thanos. In the past, Marvel haven’t exactly built up their villains past anything more than two dimensions. And they’re also fairly notorious for not wanting to raise the stakes too high. With the introduction of the Mad Titan, I’m hoping beyond hope that the Russos don’t pull their punches. I want the biggest bad of the big bads to go all out. Really be someone to be reckoned with, to be feared. You have an audience that is primed and ready to embrace an iconic new villain, and Thanos could be it. I just hope the Russos and Marvel have the stomach to break our hearts in the best way possible.

What are you most hopeful / worried for when it comes to movies this year? 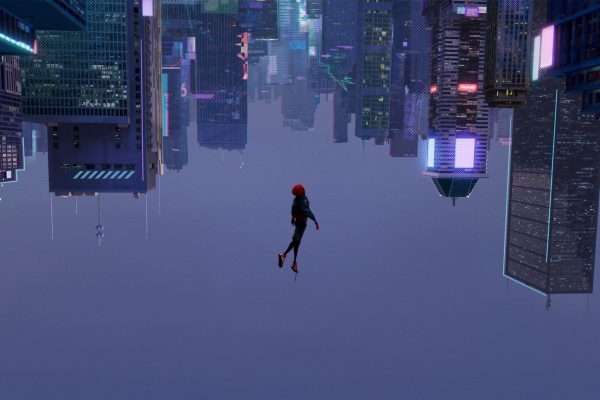