It’s been 10 years since Tony Stark donned the red and gold suit of iron (actually, it’s more of a gold titanium alloy), and began saving the world, making a bunch of super friends along the way. What began as a multi million dollar gamble has become a multi billion dollar juggernaut that has commanded the attention and imagination of people the world over. And now the path that Kevin Feige and Jon Favreau set us on all those years ago comes to an end with Avengers: Infinity War.

In light of that I figured I’d do what I do best and make a listicle of the cinematic happy places that are woven throughout all 18 movies of the Marvel Cinematic Universe. If this is your first time on this site and have no idea what a cinematic happy place is, here’s an explanation from earlier this year:

“A cinematic happy place is basically the feeling you get when you see something particularly awesome or emotionally resonate in a film. These aren’t limited to good movies. Even trash has its treasures. It’s whatever hits you the hardest, whatever makes you sit up in your chair and pay attention. Some are obvious, others aren’t. But all of them made me feel like a child on Christmas morning, if only for a second.”

And, as always, there will be spoilers.

10. “On your left” – CAPTAIN AMERICA: THE WINTER SOLDIER

Sometimes it’s the simple things that bring the most joy. Their first foray into the MCU, Joe and Anthony Russo chose to open the super spy thriller Captain America: The Winter Soldier, not with bombast, but a quiet moment between two soldiers. A morning jog turns into some healthy competition as paratrooper, Sam Wilson (Anthony Mackie) is constantly lapped by the sprinting wonder that is Steve Rogers (Chris Evans), making the former aware of his presence with a polite “On your left”. As I said, it’s simplistic in its set up, but it’s a wonderful character moment and a great play on Cap’s powers that doesn’t involve him cracking heads.

I think we forget that Kenneth Brannagh’s Thor is actually a pretty decent film. Sure, with the off the wall Ragnarok still firmly at the front of our brains, it’s easy to look back at the Shakespearean tinted epic and scoff. But doing so would overlook so many great moments and elements that helped shape who the character of Thor was and who he is today. It also showcases the truly great performance that Tom Hiddelston brings to the genuinely sympathetic Loki. In particular, this scene – in which Loki finds out that he’s the son of an old enemy and not an Asgardian – shows off Hiddelston’s acting chops as he desperately demands the truth of his adopted father, Odin (Hopkins). It’s a truly heart breaking scene and one that doesn’t get enough recognition.

I love me a good transformation scene. The First Avenger spends a good chunk of time endearing us to the frail Steve Rogers. A wannabe soldier who doesn’t like bullies, the half pint has the heart of a lion and refuses to take no for an answer when he’s consistently rejected from active duty during World War 2. It’s in this moment that the potential becomes a reality, as Rogers goes from sickly to beast in a matter of minutes, thanks to the work of Dr. Erskine (Stanley Tucci) and Howard Stark (Dominic Cooper). Looking on amazed at the reborn Rogers, Hayley Atwell’s Peggy asks, “How do you feel?”

We’ve all been that kid who’s desperate to get home from school. And I bet a decent chunk of people reading this have fantasized about being a superhero at one point in their lives. The beauty of this scene is not only meshing the two shared experiences together, but also re-introducing us to a Spidey who kind of doesn’t know what he’s doing. In a city where, statistically, crime is actually dropping, and the need for a superhero is reserved for your average world-ending event, it’s fun to watch a young newbie attempt to find his footing and make some kind of name for himself. Also, the soundtrack definitely helps things along.

QUEENS. When that titled card popped up in Captain America: Civil War, for Marvel / MCU fans, we knew that it was more than a location shift in the story, but a reintroduction to a beloved character that we had all been chomping at the bit to see return home. What makes the introduction of Tom Holland’s Peter Parker so great is that it’s Stark sussing this kid out, a quiet character moment where not only Stark but the audience gets an idea of who this web head is. It’s also a bit of a meta moment, a thinly veiled “Welcome back”, a way for Marvel Studios to give one of their titans their proper due.

What do you when tasked with reinventing one of the original heavyweights of the MCU, with the might of Marvel Studios behind you and all the toys, vfx, and resources at your disposal?

You use Led Zeppelin.

This one is pure wish fulfilment. In an idealized world, free from fragile geopolitics, power vacuums and murky morality, what does a billionaire with a new found purpose in life do with his newly invented suit of destruction? Tries to save the planet, of course.

I legitimately thought I was going to pass out during this moment. I was so overwhelmed by the sheer surprise and awesomeness of it, I actually ran out of breath while I leaped out of my seat, annoying everyone around me. By this point I had been waiting to see what Joss Whedon would do with a completely unleashed Hulk, able to smash to his heart’s content. He didn’t disappoint. In fact, this scene and it’s now iconic pan around our heroes is so monumental, there’s very little that stands anywhere near it in comic book cinema (in my opinion, anyway). Six years on and it still sends chills down my spine.

1. Come and Get Your Love – GUARDIANS OF THE GALAXY

This was the moment I knew things were going to be different in the MCU. We’d gotten hints that things would become a little strange in 2013’s Iron Man 3, but this moment hit home that Marvel were beginning to go in a new direction. For those familiar with his directing filmography, James Gunn was always a unique choice for Marvel, and he was always going to bring his own offbeat humour to the universe. But I wasn’t prepared for how delightful and joyous he’d make things. Seeing Quill dance around like a 12 year old whose parents aren’t home filled me with so much warmth and happiness. If there’s one film I wish I could watch again for the first time it’s Guardians of the Galaxy. 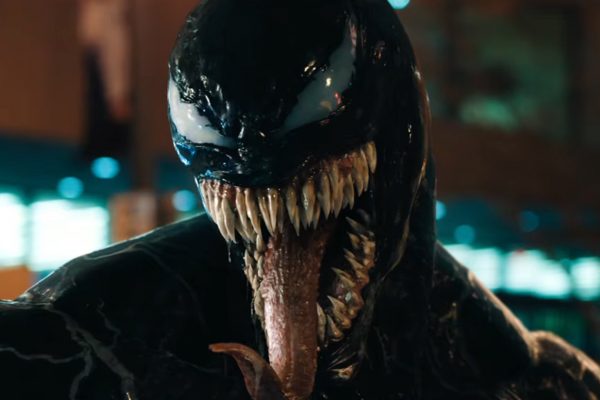