The theme that overarches 2018 for me is fragility. We were continually reminded that our strength, our independence as individuals, is temporary. As the protagonists of The Rider and Leave No Trace learned, it is just one car crash, riding accident, phone call or knock on the door away from failing us. As a society, the change could be broader reaching, but just as personally impacting. Movies like Roma, Three Billboards, First Reformed, and Isle of Dogs told us that though we like to identify with the oppressed, we may in fact be the oppressor. At any rate, a fall from power could be just around the corner. It may start with an election, a market crash, a revolution, a war, or rising sea levels, but it will still come down to that tap on the door that changes everything. With such anxiety pervading film after film, what a relief to have treasures like Lady Bird, Shoplifters, and Don’t Worry, He Won’t Get Far on Foot to remind us to see our ordinary present life with fresh eyes, and to treasure our families, friends and place. What we have is fleeting. Now is the time to love it.

Wes Anderson presents a feast for the senses, a profound statement on authority and free will, and the best time I had at the movies this year.

A beautiful, semi-surreal art film from Gus Van Sant about one alcoholic’s recovery. Joaquin is in fine form, and Jonah Hill is being revealed as a true actor.

A miracle of a movie from Chloé Zhao: non-actors caught in a perfectly integrated part-documentary, part-fiction whole that is more than the sum of its parts. A tenderly shot expression of love for humanity.

In her debut, Winter’s Bone, Debra Granik showed that she could build suspense. But the skilful Leave no Trace thrives in confident quietness. Like an evocative painting, it lets the imagery speak for itself, and offers a gracious and wise meditation on mental illness’ impact on family.

Here Alfonso Cuarón, like the great filmmakers of the 60s and 70s, manages to make an epic that is formalistically complicated, yet spacious and flowing. It is abundant in both heart and style. It is ironic and unfortunate that it can only (mainly) be seen on Netflix, as this is all about composition, scale and sound. Such a big canvas needs the biggest small screen you’ve got.

This thrill-ride from Spike Lee may just be the most entertaining of the bunch. Funny and stylish, it hits us with the didacticism we’d expect from Hollywood’s most famous African-American auteur, but crafts it out of subtle character development, plotting, and camera work. It’s righteously angry but not hateful. If you’re looking for an entry on my list that’s not too arty-farty for the average cinema goer, but is still classy, give this a whirl.

This is one I loved after the fact. It took some growing. And then I couldn’t shake it. Darkly funny, masterfully scripted and shot, acted like hell, and composed like a symphony, it is yet more evidence that P.T. Anderson is among the greatest contemporary filmmakers.

Japanese auteur Hirokazu Koreeda presents this novelistic story of a family who do what they have to do to stay together. This Cannes Palm d’Or winner is a touching, transcendent tear-wringer about losing the whole world in order to keep your soul.

Who is Carlos López Estrada? Who is Daveed Diggs? Who is Rafael Casal? How did these geniuses come out of nowhere to make a movie as funny, tense, provocative and insightful as the wondrous Blindspotting? I haven’t the foggiest. But I hope they do it again.

The hype for Greta Gerwig’s filmmaking debut has come and gone, and so I had to watch Lady Bird again recently to check if the bloom was still there. If anything, it looks better now that it can breathe on its own. Which is a fitting metaphor for a coming-of-age story about a girl finishing her last year of school and struggling with the disorientations of identity and expectations that come with growing up. Lady Bird is at once perfect and unpretentious. Light, funny and true, it has a heart that sneaks up you, making it a sit-in-silence-through-the-credits gem.

Movies on people’s lists that I haven’t seen yet: The Favourite, Mandy, Minding the Gap, Lean on Pete, Zama, Cold War, First Man, Hereditary, A Quiet Place, Bad Times at the El Royale. 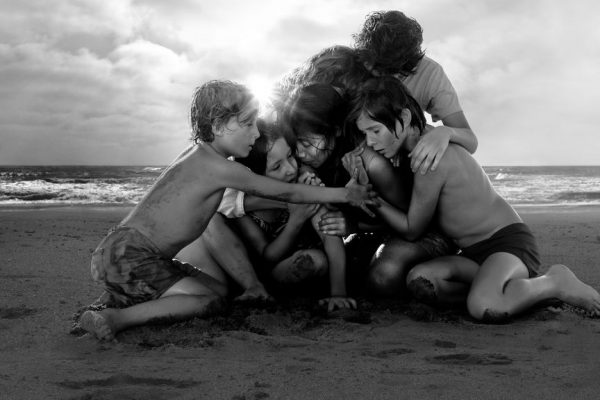