Like fellow sex fiction-work Fifty Shades of Grey, though here the writing has been approached with the hazard lights permanently on, After is an adaptation of an inexplicably popular novel series.  Unlike E.L. James’ Shades though, which eroticised fan stories revolving around Edward and Bella from Twilight, author Anna Scott created After as something of a fantasy romance involving One Direction band member Harry Styles.

If your eyes haven’t completely lost themselves in the back of your own head reading that outline, the film’s existence won’t help matters either.  Renamed Hardin Scott, but maintaining Styles’ supposed British bad boy swagger, After‘s supposed hero (played here by Hero Fiennes-Tiffin, nephew of actors Ralph and Joseph Fiennes) is a brooding archetype who proves to be all sorts of teen-appropriate trouble for college freshman Tessa (Australian actress Josephine Langford, younger sister of 13 Reasons Why‘s Katherine Langford).

Naive and virginal (could she be anything else though?), Tessa arrives at college wide-eyed and determined to stay focused and faithful to high-school sweetheart Noah (Dylan Arnold).  Of course, one look at her dorm roommate (Khadija Red Thunder) – barely attired, smoking and kissing her girlfriend (Pia Mia) – and mother dearest (Selma Blair, a welcome presence but utterly wasted all the same) is instantly worried that her sweet Tessa will be distracted from her studies, though we all know it’ll be the perennially sullen Hardin that will steal her attention.

As fans of classic literature, specifically Pride and Prejudice and Wuthering Heights, the worst aspects of Mr Darcy and Heathcliffe are evident in Hardin’s demeanour, but Tessa mistakes this as charm – or, more correctly, the screenwriters paint it as so – and a lustful tryst starts between the two, eventually graduating to a love neither have ever experienced before; “I don’t date” he so blandly states.

Unfortunately for Tessa heartbreak awaits her, and to Langford’s credit she injects her silly character with enough heart that we muster a pinch of sympathy for her, but Fiennes-Tiffin is so incredibly dull that it’s a tough buy for the audience.  Sure, Scott’s novel is likely to own some of the blame as to the characters’ motivations, but the film’s illogical choices and standard teen romance mentality mean nothing that transpires on screen feels remotely fresh. 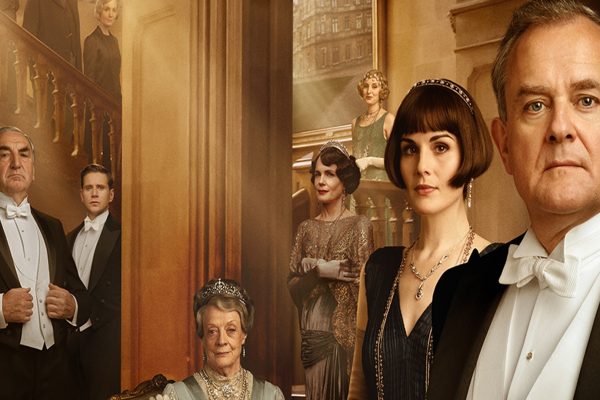