On face value, Bombshell might be confused as the third entry into Adam McKay’s (polarising) takedown of corporate/conservative America. It’s docudrama presentation and left-leaning bashing of Fox News certainly fit the bill, but there’s no McKay in sight. And while I am a big fan of The Big Short and a defender of Vice, his absence and potential handling of this particular material is appropriate. There’s less smugness here, less winks, less parodic characters and sequences. There’s also far less fun, but when you’re dealing with sexual misconduct and the misogynistic abuse of power, it’s probably the right call to err away from the comedic and satirical.

Although in saying all that, one of the film’s greatest problems is understanding how to reach the correct tonal balance between drama and comedy. More on that in a second.

Written by Oscar-winning screenwriter Charles Randolph (who coined Big Short) and directed by Jay Roach (the Austin Powers guy), the film aims to expose the deeply ingrained, sexually discriminatory practices and unwanted behaviours in one of America’s most contentious and influential institutions. It presents the glorious collapse of Fox News CEO Roger Ailes, a full year before the #MeToo movement began and the women (both real and symbolic) who made it happen.

Though uneven and, at times, irksome with its political posturing and superficial treatment of the subject matter, the film finds great success on the shoulders of its leading ladies. The film emanates from the true story of Gretchen Carlson (Nicole Kidman), whose firing from the network and suing of Ailes, emboldened women to finally speak out against their rampant and systemic victimisation. And while Kidman’s confident and defiant presence is a sure sign that the film means business, the real standout work is presented by Charlize Theron and Margot Robbie.

On aesthetics alone, Charlize completely dissolves and disappears into Megyn Kelly. Often fooling the audience into thinking the real life personality has made a cameo appearance. While some of the male cast members are clearing playing dressups (Richard Kind), Theron’s full bodied commitment to replicate the precision of Kelly’s mannerisms and distinctive voice is magnificent.

Robbie on the other hand, plays wide-eyed, Christian millennial Kayla Pospisil, a composite character that joins together several women’s heartbreaking stories into one. She’s by far the most well-rounded character, whose given the task of delivering several gut punch moments.

And yet, despite these stellar performances that anchor much of the film through script and directorial mismanagement, many will bump on the idea that the film attempts to make feminist icons of Kelly and Carlson and their controversial political views. There’s an uneasy dichotomy at play with films like Bombshell. It’s a liberal product, made for and by liberals, that takes potshots at an all too easy target; Fox News. It’s the political, self congratulating and back patting that overshadows the importance of exposing vile and grotesque behaviour that spoils the overall effectiveness of the film.

Bombshell is well-intentioned but uncomfortable viewing at times, as it should be. A scene where a visibly shaken Margot Robbie is asked by a loathsome John Lithgow to hike up her skirt revealing her underwear evoke the right amount of disgust. Exposing and forcing audiences to witness such hidden workplace atrocities is important and vital. Unfortunately, the film fails to embody its title, and lacks a consistent forward moving momentum or explosive punch throughout. Much like the network it is excoriating, the film is often filled with surface-levelled scenes and dialogues that mirror Fox’s sensationalist headlines rather than delve deeply into these people and this place. 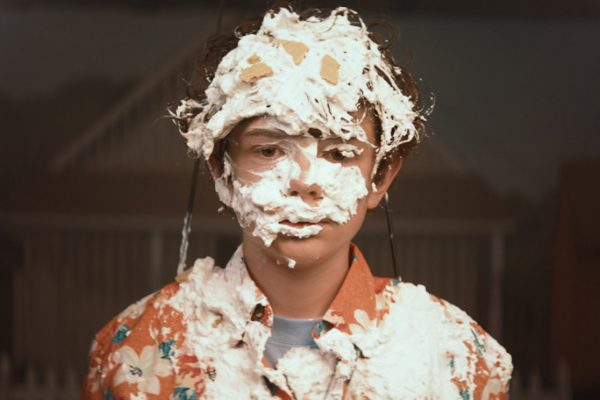