Set to a Tarantino-approved soundtrack, dripping with his swagger too, and incorporating enough humour to offset its bloody action, Joe Carnahan’s Copshop is a deliriously fun, expectation-subverted actioner that makes the most of its filmed-during-covid (mostly single) location.

After a glorious 1970’s-leaning score opens the film in a manner not unlike police-set shows of the same era, Copshop introduces us to the first of its lead trio of players, a leisure-suit wearing Teddy (a man-bunned Frank Grillo), whose bullet-riddled vehicle has given out, leaving him to make his way across the Nevada stretched road on foot.

The opening score gives off the impression that much of what will take place shouldn’t be taken overtly seriously, and indeed that’s what makes Copshop so fun is that it very much knows what type of vibe it’s aiming at executing; and, for the most part, it does it extremely well. After Teddy practically pleads for local law enforcement to take him into the station, his path crossing with Officer Valerie (Alexis Louder) sets up the narrative’s hook. She’s rightfully suspicious of his person, and when the drunken Bob (Gerard Butler) gets thrown into Teddy’s opposing jail cell, it becomes all the more obvious that these two men know each other and Valerie, whether she likes it or not, is caught in the middle, doing her best to decipher their relationship.

As easy as it could’ve been for Carnahan to let Butler and Grillo solidly stick to either their archetypes of good and evil, he wisely paints both characters in shades of grey. They both have villainous tendencies to them, meaning it’s all the more interesting in figuring out who we should truly root for when it comes to the inevitable showdown. As much as the film teeters back and forth with their temperaments, Louder’s Valerie emerges true as Copshop‘s sole heroine, with the actress more than making a statement as a genre commodity with a cool and collected turn that outshines those around her.

For a film pegged as a Gerard Butler vehicle, there’s curiosity in why he opts to take such a backseat throughout to the mayhem unfolding on screen – mayhem predominantly caused by the wild-fire turn of Toby Huss as an unhinged assassin sent in for reasons best left discovered organically – but there’s an evident method to Carnahan’s madness as his plotting is surprisingly intricate as to who is truly playing who.

What very easily could have been a throw-away genre vehicle, Copshop is an alarmingly witty and consistently entertaining effort that benefits from the usual live-wires of Butler and Grillo downplaying their personas. A slick Assault on Precinct 13-type effort, Carnahan has created an unlikely 2021 gem here, revelling in the simplicity but never succumbing to its confines.

Copshop is now playing only in theatres across the United States. An Australian release date is yet to be determined. 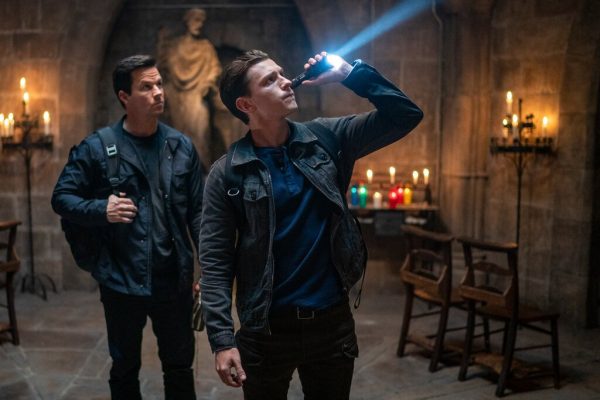