Remember when Bruce Willis seemed to actually give a shit about his career? Yeah, me neither! Furthering his descent into the realms of VOD oddities, Willis’s top-lining credit for Cosmic Sin sees the perennially disinterested actor doing the least possible in a low-budget sci-fi actioner that doesn’t even really qualify as a hate-watch.

Set in 2524, the “Cosmic Sin” of the title refers to an operative launch moniker that the human population have on hand for when they make contact with a race of alien species that see fit to wipe out humanity as they know it. Humans have been colonising the outer planets of the cosmos for the best part of the last 400 years, but, because humanity is evidently on a budget, said planets look more in tune with a bargain-bin photoshoot set, so this so-called unprecedented threat hardly lives up to its supposed reputation.

Willis, who the costume department somehow convinced to wear an armoured suit that’s more akin to an economical halloween get-up than the futuristic military garb it’s clearly meant to resemble, is the archetypal retired officer, this time General James Ford, who is brought back into the field to help a team of not-so-young guns face off against said threat. Frank Grillo (doing all he can with director/co-writer Edward Drake’s uninspired dialogue) is the leader, General Ryle, seemingly up to the task of handling Willis’s gruff ego, if only the actor bothered to be on set for any other moment that wasn’t a close-up of his weathered mug.

Perhaps Cosmic Sin‘s most rewarding quality is establishing the moments where Willis was clearly rushed out of his trailer for the sake of a money shot before counting his dollars on the way back for his bald-headed stand-in to pick up the slack. It’d be insulting if it wasn’t so hilariously obvious, and the actor’s clear lack of interest in the film only plays further into its temperament overall. Grillo, obviously aware of the bottom-barrel material he’s persevering through, at least tries to inject his grizzled charm into proceedings, but he’s at a narrative disadvantage when the film opts to sideline him for the majority of the second act. The rest of the cast pretty much perform by the numbers, though Australian talent Costas Mandylor earns considerable points for his one-line dropping soldier who appears to be the only actor winking at the audience, evidently aware of the joke that’s being played.

For all of its laughable ingredients – and a few sporadically potential-filled ideas that a more competent filmmaker could’ve utilised to better effect – Cosmic Sin is ultimately not the schlocky B-grade effort it really should have been. Instead, it’s an alarmingly dull, overly-dialogue saturated cluster-fuck of a movie that should have embraced the cheese and overstuffed itself to the point of intolerance. So-bad-it’s-good this is not. This is just so-bad-it’s-baffling-anyone-said-yes…well, anyone except Willis.

Cosmic Sin is screening in Australian cinemas from March 11th, 2021. It will be available in North America on digital, on Demand, and in select theatres from March 12th. 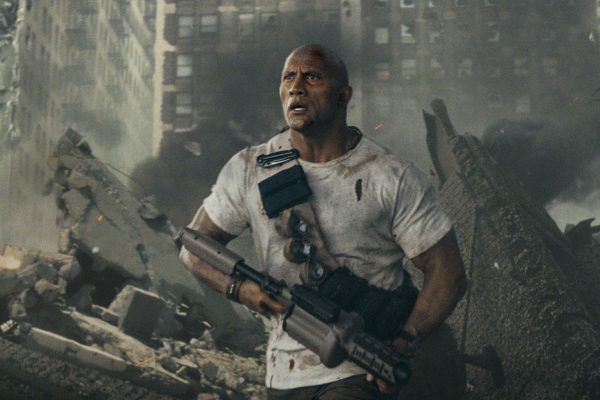