There is a certain level of preposterous happenstance that is required to make a romantic comedy work. This can be a case of mismatched personalities, supernatural intervention or as is the case with Crazy Rich Asians – mistaken or hidden identity.

Plucky economics professor Rachel Chu (Constance Wu) is cajoled by her boyfriend Nick Young (Henry Golding) to Singapore to attend Nick’s best friend Colin’s wedding. Rachel quickly learns that Nick is not all that he seems – he is heir to a vast wealth possessed by his family, and arbitrated by his mother, Eleanor. Thrust into a spotlight she was not prepared for, Rachel needs to quickly learn how to navigate the culturally dense, elitist and strictly traditional world Nick and his family exist within.

Watching the first act of this movie you’ll fall into one of three camps. You’re a potential tourist longing to visit Singapore amid the film’s shots of its most famous and notable landmarks. Alternatively, you’re someone who feels nostalgic to visit Singapore again after a long absence. Or you’re someone like me who’s lived there for a while, snarkily nitpicking that they’re travelling the wrong direction on the MCE if they’re headed to Changi airport.

That is not to say that Crazy Rich Asians is unsuccessful in following the tenets of a meaningful romantic comedy. There are moments of real emotion in the film (a silent exchange during the focal wedding of the story being the highlight, and this reviewer felt quite moved). The connection between Golding and Wu does not feel manufactured or agonizingly tepid (I’m looking at you 50 Shades of Grey) and the comedy for the most part hits the mark. A choice highlight bit part is Jimmy O. Yang as Bernard, the organiser of the bachelor party and a member of Colin’s groomsmen who you would absolutely never wants as a member of your groomsmen. In fact, this comedy is so well executed that it leaves the dramatic subplot involving Nick’s cousin Astrid seem shoehorned in by comparison.

Truth be told, aside from the dogged adherence to the romantic comedy form, my only other major criticism of Crazy Rich Asians is in casting Michelle Yeoh as Nick’s mother Eleanor. Yeoh is too much of a badass to be even threatened a professor of economics. The very notion that Wu could defeat Yeoh’s serene, elegant Eleanor is more unbelievable than the fact that Rachel didn’t think to pick up her phone and do a quick Google search for the guy she was dating. It would have solved a lot of her teething issues in the first act. It’s dating 101 in 2018, Rachel. You gotta protect yourself out there.

It should be noted that there has been some controversy surrounding the ethnicities of those cast. Given that I was not aware of any issues surrounding the film prior to viewing, I thought the cast performed their roles admirably, despite the problematic nature of the casting decisions when it came to Singapore’s cultural diversity. As somebody having lived in Singapore for four years, it is evident that Crazy Rich Asians does gloss somewhat over the island’s wider ethnic milieu. Singapore is very much a melting pot of ethnicities and cultures, and it is true that the film does not reflect this well. It is however, a first step in Hollywood produced media featuring actors that are not stereotypical white men, so there is some hope that this will assist in pushing forward more diverse casts, and leaving behind ethnic stereotypes – unfortunately still the standard in the industry.

Crazy Rich Asians showcases the more touristy side of Singapore well, but falls flat during its overly serious dramatic moments. For fans of the book it may seem a little sparse. It’s true that it is a fairly lean adaptation, though it does deliver on the same voyeuristic glee those of us feel when watching stories or reality television about the lives of the über rich that the novel offers. The cast all fill their roles well, and the jokes are on point. Ultimately, Crazy Rich Asians is a fun escapist romantic comedy. It’s just a shame that’s all it aspired to be. 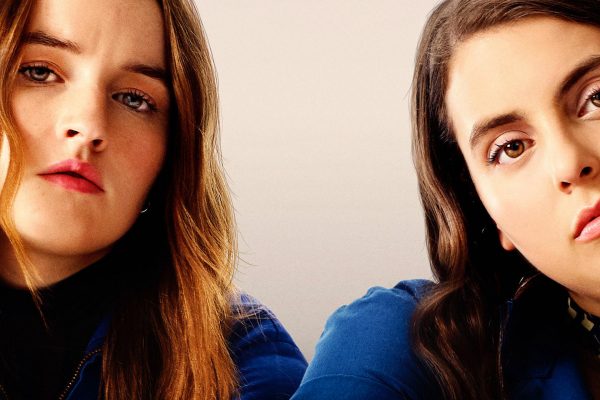