May 4, 2022
Carlo Peritore
Review
No Comments

In the later stages of the Infinity Saga, there was a rigidity on both fronts of storytelling and creativity in the Marvel Cinematic Universe. Once Marvel had found their footing and knew what their targets were (both Infinity War and Endgame) the studio was able to lock in an incredibly lucrative formula that paid dividends all the way to the moment Tony Stark snapped his fingers and proclaimed himself one final time to be Iron Man.

In those early days of the MCU, however, there was a kind of loose playfulness to the endeavour. Directors were chosen on the basis of how they could handle a particular genre (Kenneth Branagh for Thor, Joe Johnston for Captain America: The First Avenger) and each film had a distinct feel.

In this latest phase, we find ourselves in the realm of loose playfulness once again, where there’s a vague destination (a multiversal war) but no clear path on how we’re going to get there. And given the monumental success in the past, there’s a sense that Marvel is willing to be a little more experimental with both their brand and properties. If Doctor Strange in the Multiverse of Madness is anything to go, the mega studio is now willing to let directors with a very clear cinematic language and style run riot with their characters and stories. Within reason.

The latest adventure of the (former) Sorcerer Supreme follows on the heels of the events of Spider-Man: No Way Home and – more importantly – WandaVision. When America Chavez (Xochitl Gomez), a young girl with the power to jump universes collides with Strange, it’s up to the Doctor to keep her safe and vanquish forces that seek her power, lest there be even further destruction in the multiverse.

Sometimes you don’t realise what you’ve been missing. And what I’ve come to realise is that I’ve missed Sam Raimi’s brand of hyper kinetic, sometimes goofy, often times visceral form of filmmaking. With Doctor Strange in the Multiverse of Madness , he’s able to step back into two genres at once and reintroduce himself to audiences and remind everyone just who is King.

Raimi brings his own brand of energetic macabre to the film, something that’s been lacking from both the MCU and cinema for a little too long. His camera whips and hurtles at break neck speeds, and he isn’t afraid to wring out every ounce of tension possible from a scene. And while horror veterans would consider this film to be diet horror, it’s layered on enough that it both avoids alienating a portion of the audience and makes the terrifying fun. What adds to said fun is a heaving of dark humour. Raimi reminds you why horror can be such an elating and exhilarating genre, particularly in a sequence I could only describe as anti-fan service, which will no doubt draw some concentrated ire from many of the die hards out there.

Benedict Cumberbatch presents a more humbled and vulnerable Strange, plagued by dreams of other versions of himself and haunted by the choice of handing over the time stone to Thanos. Being responsible for the disappearance and re emergence of half of all life would certainly have left a mark on one’s psyche, and we get to the explore that a little more. And while the film has Doctor Strange in the title, this is firmly a Scarlet Witch film.

Elizabeth Olsen’s Wanda Maximoff started out on the outskirts of the MCU as a pseudo villain and very quickly moved her way into the inner circle of the Avengers. Age of Ultron saw her twin brother killed. Infinity War saw her forced to make a traumatising choice that amounted to basically nothing. WandaVision saw her coping with the loss of Vision by upending reality completely. And while the Disney+ show gave her character much more depth than her previous appearances combined, Multiverse of Madness shows a completely different side to her, one where the heroism and the grandiosity of being an Avenger is completely stripped back. It allows for Olsen to add another dimension to Wanda, one that is genuinely terrifying. Rather than fighting monsters, she becomes the creature lurking in the shadows and around every corner.

I could be completely wrong (as I have been in the past), but Doctor Stranger in the Multiverse of Madness might signal the beginning of something truly weird and wonderful for the MCU. With the Endgame gambit paying off, and a massive audience cemented into the brand, the studio now has carte blanche to do whatever it so chooses, no matter how bizarre things could get. And if Multiverse of Madness is anything to go by, things are off to a wonderfully bizarre start. 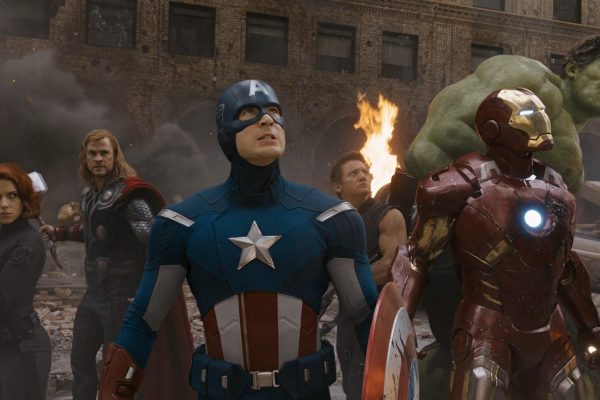