Thanks to impeccably titled, impossibly violent films like Bone Tomahawk and Brawl In Cell Block 99, writer/director S. Craig Zahler has established himself as one of the premiere genre filmmakers in delivering productions that are as uncomfortable as they are entertaining.  His latest effort, Dragged Across Concrete, doesn’t stray far from the formula.  Practically epic in its length – it clocks in at just under 160 minutes – and somewhat characterised by its unapologetically violent nature, Dragged Across Concrete will hope to appeal to enthusiasts of the violent buddy/cop genre even though it’s far from a readily accessible product.

The casting of Mel Gibson as one of the film’s co-leads – a racist cop accused of police brutality – feels like a calculated move on Zahler’s end, but given his character’s nature it’s almost to the film’s benefit that the distance between Gibson’s on-screen and off-screen persona is so minute.  His Brett Ridgeman is pushing 60, just surviving in a shady neighbourhood where his daughter (Jordyn Ashley Olson) is subjected to sexist taunts, his wife (Laurie Holden) is housebound due to her illness, and his refusal to update his mentality has practically stifled his career.

When an interrogation of a suspect turns brutal, and damagingly is caught on film, Ridgeman and his partner Anthony Lurasetti (Vince Vaughn) are suspended without pay, an unideal situation for the two – Lurasetti has plans to propose to his girlfriend – which leads the duo to the genre’s tried and true plot device of playing it dirty and using their downtime to make a quick buck through the criminal connections they have forged over the years.  It isn’t too much of a spoiler to say crime doesn’t pay for these two, least of all when the tip comes from a shady European mobster in the form of Udo Kier (because obviously).

With Gibson and Vaughn as its commanding co-leads, Dragged Across Concrete could’ve easily adopted a Lethal Weapon-type personality, or even something akin to Michael Mann’s gritty Miami Vice, and though occasionally the script relaxes and allows the two to banter in an organic manner that, whilst amusing, never makes a mockery of the situation (one scene focuses on Vaughn’s penchant for eating a sandwich that is alarmingly compelling), the near-Shakespearean dialogue juxtaposed with wince-induced violence (a heist sequence involving an emotionally-charged Jennifer Carpenter just one of several brutal set-pieces) keeps the film from succumbing to the expected.

Of course, for audiences familiar with the punishing nature of Zahler’s work, Dragged Across Concrete won’t come as so much of a shock.  It’s a testing film without question – both in its running time and its material – but there’s a fascination to it all, especially from the view of its violent attitude towards minorities, and if you’re patient enough, brave even, the final product may prove worthy of your investment. 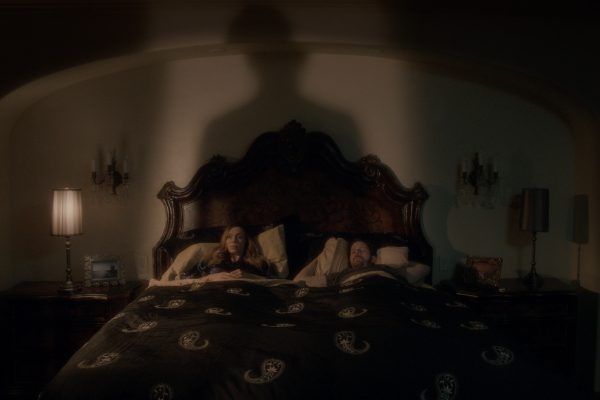