If there was a director more suited to adapt (as least part of) Frank Herbert’s seminal 1965 novel, Dune, it would have to be Denis Villeneuve. The Canadian director has made a name for himself as of late in delivering thought provoking, humanistic stories on a huge budgetary scale. From Arrival to Blade Runner 2049 and now to the sweeping, sandy vistas of Arrakis, Villeneuve is well in his element here, telling an other-worldly tale of intergalactic politics with an incredibly emotional heart at its core.

Spice (or Melange) is the life behind Dune, a sandy, golden substance that is both essential to interstellar travel and prolonging life and youth. Found only on the planet of Arrakis, it makes the desert world highly coveted among the families of the Emperium. At the centre of this epic is Paul Atreides (Timothée Chalamet).  When his father, Duke Leto Atreides (Oscar Isaac) of House Atreides and ruler of the ocean planet Caladan is assigned to be steward and ruler of Arrakis, it puts the house in a precarious position. Taking over spice operations from House Harkonnen and its grotesque leader, Baron Vladimir Harkonnen (Stellan Skarsgård), Leto opts to form an alliance with the Fremen, the blue-eyed inhabitants of Arrakis. It is this political and planet shift that sees the young Paul find his place as both the future of House Atreides and the centre of a Messianic prophecy that puts him on a collision course with both the Fremen, the Harkonnens, and the Empire his family has pledged to serve unquestioningly.

Some might find the above description a little intimidating or convoluted. And while Dune does ask a lot of its audience, particularly in the first 45 minutes or so of its story, the narrative pay-off and world building are worth the perseverance. Dune is unlike previous science fiction films in recent years (bar the films Villeneuve himself has directed), eschewing the usual technological bells and whistles, and opting for a more cerebral and minimalistic direction. It’s a perfect directorial vehicle for Villeneuve, who is far more interested in the human element in any story he approaches. It’s because of this focus that Dune feels both like an epically scaled adventure and a deeply intimate tale about politics, ecology and a coming of age drama. Villeneuve and co-writers, Jon Spaihts and Eric Roth work hard to flesh out the relationship and connection between Chalamet’s Paul, his father and his mother, Lady Jessica (Rebecca Ferguson).

Herbert’s creative choice of stripping back any type of technology in the original novel works well for Villeneuve’s own creative sensibilities. It avoids any aesthetic distractions one might bump up against in a film of this genre, and zeroes the focus on performance, making for a much more emotional experience. It’s a film not afraid of the sparseness of its frame, often leaving characters in barren landscapes and bare compositions. You can feel the heat, sand, sweat and dust of Arrakis, making you feel as uncomfortable as our heroes and desperate for a sip of water.

Chalamet wears the weight of the film incredibly comfortably, bringing a stoic and internalised performance to Paul. He’s fully aware of his own shortcomings but refuses to let that get in the way of joining his father’s side in the metaphorical heat of battle and the literal heat of Arrakis. Both Chalamet and Isaac play off each other well, bringing a believable father / son connection in an unbelievable setting. It’s Ferguson who brings the overall emotional heft to the trio, with her Lady Jessica shouldering the guilt of her son’s own internal struggles associated with the possibility of being a fabled figure to the Fremen.

Being a Part One, things do feel somewhat incomplete, with Skarsgård’s Harkonnen being both the main antagonist, but not being as present as I would have liked.The screen time he does have are the standouts of the film, offering a truly disgusting and monstrous presence. A floating behemoth, devoid of empathy, his singular need to retake “my Arrakis” is the secret weapon that will grip even the more wary of viewers.

Dune is a film tailor-made for a big screen (the biggest screen you can find, preferably). Given the pandemic-driven market adaptation to the small screen and streaming, I would implore the more intrepid viewer to find their nearest IMAX / VMAX / whateverMAX to really experience the full weight of the film. From Greig Fraser’s gorgeous cinematography, Hans Zimmer’s punch-you-in-the-face score, the sound and production design, there’s enough here for a viewer to sink their teeth into. Dune is a welcome return to the cinema, and yet another sublime example of Denis Villenueve’s storytelling abilities. 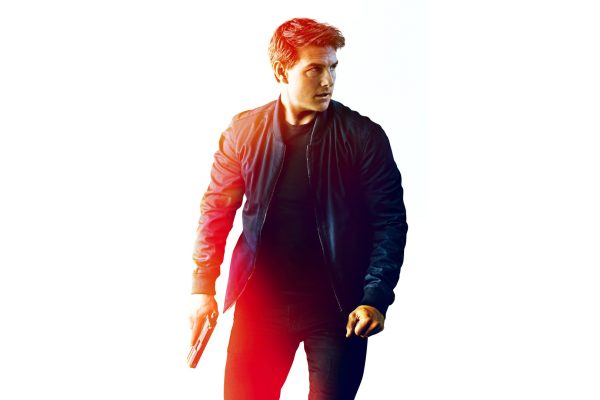