Given that Fantasy Island director Jeff Wadlow’s last foray into Jason Blum-produced terror was the mind-numbingly ludicrous Truth or Dare, I shouldn’t have been expecting this film to be anything other than a nightmare.  Despite implementing a rather interesting idea surrounding the overhaul of the 1977 television series – the film’s trailer would have you believe this is far more sinister than the fantasy temperament of the show – the only thing remotely scary in this tepid, often unintentionally hilarious “horror” offering is knowing that the Sony big-wigs agreed to fund it.

As a private plane arrives on a lush island resort, carrying with it a squad of archetypal horror cliches, the mysterious figure-head spearheading their visit – Michael Pena’s Mr. Roarke – rambles off some typically vague, foreboding nonsense that the fantasies they wish to have played out must end “at their logical conclusion”.  None of the characters seem to question what this means, nor really how this intends to be done – they’re all there under the pretense of winning a competition – but when high-fiving dudebros Brax and JD (Jimmy O. Yang and Ryan Hansen) are the first to be whisked away to a private sector of the resort where an endless party awaits them (complete with drugs, ammunition, and half-naked men and women) they don’t hesitate to go along with it; the duo apparently having their fantasy of “having it all” fulfilled, even though it all seems so illogical.

Their fantasy all seems rather harmless and superficial, well at least initially, but given that the desires of their fellow islanders start to deteriorate with a perverse twist, we know it’s only a matter of time before they click that what they are experiencing is far from perfect.  Maggie Q’s lonesome Gwen wanting to do-over the proposal she rejected some 5-years prior, Austin Stowell’s wannabe-patriotic Patrick wishing to serve in the forces in honour of his deceased father, and Lucy Hale’s vapid Melanie seeking revenge on a childhood bully (Portia Doubleday) all soon fall victim to the macabre mentality the island injects into their wishes, and though this could have easily guided the film towards a passable slasher-lite narrative, the eventual idea to merge the respective fantasy segments together results in the film slaughtering any promise it had in favour of supernatural-themed incomprehensibility.

There’s almost a “choose your own adventure” quality to where Wadlow and co. guide Fantasy Island.  And this chaotic energy makes sense given how ridiculous the narrative becomes, but embracing the lunacy is very different from succumbing to it, and once the film reveals its twist of sorts, it only further reiterates how much of a lack of control Wadlow had in streamlining his ideas; if his fantasy is to helm a good movie, then clearly whatever meddling force is at play is toying with his intentions because this is one dreamscape that desperately needs to shaken out of its slumber state. 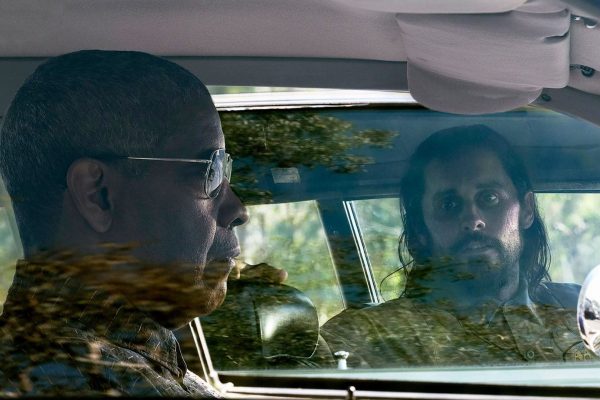