Hobbs and Shaw is the id of the Fast and Furious franchise. Gone is the self seriousness that can often drag past films down, instead leaving us with nothing but the brashness, brawn and delicious physics offending delights that only a film of this nature could bring. It has all the subtlety of a rhino performing heart surgery and you wouldn’t want it any other way.

Following their hate / hate relationship they cultivated in both Fast 7 and 8, Hobbs and Shaw sees the return of Luke Hobbs and Deckard Shaw, who are both forced together to track down Shaw’s sister Hattie (a blistering Vanessa Kirby), an MI6 agent who’s on the run from the cybernetically enhanced Brixton (Idris Elba basically devouring every ounce of scenery there is). Cue fist fights, shoot outs, and action that basically flips the bird to the laws of physics.

Hobbs and Shaw is probably the most meta of the FF franchise, reminiscent of ’89’s Tango and Cash in which mega stars of the time, Sly Stallone and Kurt Russell play cops who are forced to team up against a common enemy while utterly despising the other. Here, Johnson and Statham flex both their physical and comedic muscles as they spend the majority of the runtime bickering at each other and forever a bee sting away from a fist fight. The decision to have these two play off each other for an entire film is kind of genius, as it’s their chemistry that carries the majority of the story. Any other coupling would have come off as tedious, but here, watching the two action stars play “who’s the more alpha” works a treat and almost makes you forget that Statham’s Shaw brutally murdered Han at the end of Fast 6 (#JusticeforHan). Both stars have charisma for days and neither of them are afraid to have a bit of fun at their own expense, taking the audience’s general perception of the two actors and turning it on its head.

Elba’s a hidden bonus of the film. While slightly less layered than I’d like in a villain, what he lacks in depth he makes up for in being a sheer force of nature. The man ploughs through each and every scene with the finesse of a sledgehammer and you can tell he’s having the time of his life being the maniacal yet swaggering big bad of the film. Kirby, too, manages to hold her own comfortably across the likes of Statham and Johnson, giving her character all the surprise of a fist to the throat.

It’s a been a delight to watch the direction in which both Chad Stahelski and David Leitch have gone in following their co-director efforts on the first John Wick. While Stahelski has decided to plant his feet firmly into the JW world, Leitch has carved himself out a completely different career. With Atomic Blonde, Deadpool 2 and now Hobbs and Shaw (all released within a blinding two year period), Leitch is very quickly solidifying himself as the action king of cinema, possibly supplanting the likes of Michael Bay with a far steadier hand and keener eye to making ‘splosions clearer. His lengthy past experience in the stunt industry continues to give him the upper hand and allows the likes of Statham to spread his wings (and fists, and roundhouses) and truly give the actor the opportunity to show off his skills as a martial artist. However, much like Stahelski, he does often have issues with pacing, with the film carrying about 20 to 30 more minutes than it needs to.

Overall Hobbs and Shaw is junk food cinema at its most calorically dense. A wholly different FF entry in the franchise, it still manages to retain the very DNA of a Furious film without getting bogged down in melodrama and musings over family (almost). It pairs well with the biggest bucket of popcorn imaginable, the largest screen you can find, the loudest sound system you can tolerate and the rowdiest group of mates you can gather up. Just avoid doing doughnuts in the car park. 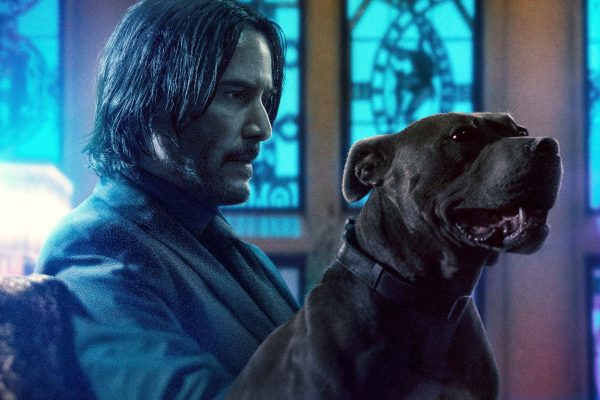