Despite there being a sense of peace and love that feels tied to the free spirits of surf culture, an underlying entitlement of machoism and bigotry ran rampant for the majority of its inception, especially in the 1980’s when the sport went mainstream and women fought their way to any position of notice. Earning a tenth of the prize money of their male counterparts, often relegated to holding their professional contests during the lunch breaks of the mens’ division, and basically forced into bikini-wear in order to garner the most minute speck of attention, director Christopher Nelius’s Girls Can’t Surf uncovers the sexism and discrimination of the sport, whilst championing and humanising the women that fought inequality and homophobia against their fellow sportsmen and their sponsors.

“This is where the men are surfing…and this shitty, hell-hole, scum pit of the ocean is where the women have to surf” narrates former pro Californian surfer Jorja Smith over handy-came footage that relays the film’s sobering, important message with a sense of hilarity that the majority of the women interviewed all appear to be armed with. Ignored by the media and consistently marginalised for the duration of their careers, Smith, Jodie Cooper, Pam Burridge, Wendy Botha, and Frieda Zamba are some of the surfing legacies who lend their experience to the film that seeks to prove their achievements are no less heroic than that of the men of their industry who, even as lesser skilled surfers, earned more glory.

The aforementioned sexism and discrimination they experienced are only some of the hot-topic points explored throughout Girls Can’t Surf, with a frankness adhered to when discussing the struggles of sexuality – Jodie Cooper and Pauline Menczer open up about how admitting to being gay would cost you sponsorship – and body dysmorphia, with Pam Burridge noting her Anorexia battles were very much triggered by the surfing industry’s expectations of how a female surfer should present herself. A film detailing sexism in the workplace (which is essentially what the surf is to these women) and the subject of pay inequality feels all-too relevant in today’s times, which sadly makes Girls Can’t Surf even more heartbreaking when you realise how long it ultimately took for the women’s division to earn the respect it so clearly deserved from the beginning.

Nelius has ultimately crafted the type of film that sets out a transformation in behaviour, especially from male viewers, with its intention to educate never coming off as overtly preachy. Sure, men don’t come off the greatest here – some of the comments from professional male surfers have aged terribly – but it’s also never shy of highlighting the competitive nature of the women within their division too. The rivalries rang true, but there was also a solidarity that bonded the women knowing as much as they were competing against each other individually, they were collectively fighting a system that seemed so intent on keeping them down. 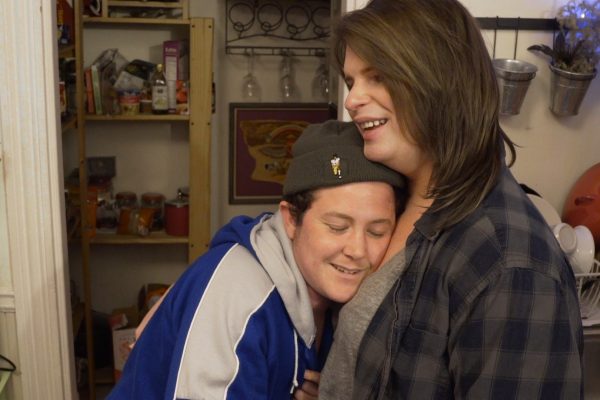