I am mildly baffled by some critics labelling Glass Shyamalan’s biggest disappointment of his career. Really? Did they sleep through The Happening? For the benefit of the doubt, okay, perhaps the disappointment lies within the fact that Glass is the weakest of the Unbreakable franchise, but it is by no means an all out train wreck. It is a deeply flawed film, but there are also elements, moments and sequences that may pull audiences members over into the “I dig it” camp if they gave the film a shot.

Glass sees the return of security guard turned super vigilante, David Dunn (a near comatose Bruce Willis) now nicknamed “The Overseer” as he’s on the hunt for James McAvoy’s The Horde. During a particularly vicious battle, the two are subdued and captured by Dr Ellie Staple (Sarah Paulson) who institutionalizes both individuals in a facility also holding Elijah Price, aka Mr. Glass (Sam Jackson). Staple is out to prove to all three that none of them have any real superhuman abilities and rather are suffering from a very specific mental illness that makes them believe they’re comic book characters.

First, the good. If nothing else Shyamalan knows how to twist the knife ever so effectively, even if he doesn’t quite know what he’s going to do once he’s done twisting. For the majority of the film there’s a slow and steady building of tension, a sense that you’ve been thrown in the middle of someone’s nefarious plan and you’re eager to find out how it all comes together. It’s a shame that Shyamalan trips over himself come the third act because had he nailed the pay off, we wouldn’t be discussing why this film is so divisive among critics.

The camera work is also some of the most inventive I’ve seen in a while. Shyamalan and cinematographer Mike Gioulakis have put in an incredible amount of thought to the design of each shot, neither seemingly content with telling this particular story in a more visually orthodox way. And of course James McAvoy is an absolute delight to watch as Kevin Crumb / The Horde / The Beast. There’s pure joy in watching and marvelling at the man’s talents as he switches from one personality to another oh so effortlessly. You get the sense that Shyamalan has decided that he can’t rely on Willis to help carry the load of the film and rather places it very firmly on McAvoy’s ability and we’re much better off for it.

A lot has been said about the finale and how it essentially knee caps the rest of the film. While there is truth to that, the real problem  of this film – aside from the atrocious dialogue, Willis’ lack of life or Sam Jackson being criminally underused – is that it betrays not only what has come before it but its own conceit. A lot of what made Unbreakable work was the notion of the low key superhero, a man who didn’t quite know whether or not he was, in fact, super so there remained this overall tension of the unknown. Here, that tension is gone, and while it’s fun to watch Bruce Willis kick ass once more – albeit, unenthusiastically – removing that tension hurts the mystique of both the character of Dunn and Unbreakable. Removing that element of the unknown also shoots this film’s premise right in the face. While Dunn and The Horde are forced to question their own abilities thanks to Staple’s line of treatment, the audience never really wonders along with our characters. We’ve seen what they’re capable of and we know they’re far more extraordinary than Staple is willing to admit so when the pieces are finally put together at the end, it falls apart because the audience never completely buys what the story is attempting to sell.

Ultimately Glass isn’t really the fitting conclusion to the stealth Unbreakable franchise that we had long been hoping for. Part of me senses that had this film come out back in the mid 2000’s, when we weren’t in the middle of a comic book movie boom, it would have read far better. That’s not to say that Shyamalan has no talent or that Glass is an all the way bad film. He just needs to know when to get out of his way. Or stop writing his own movies. 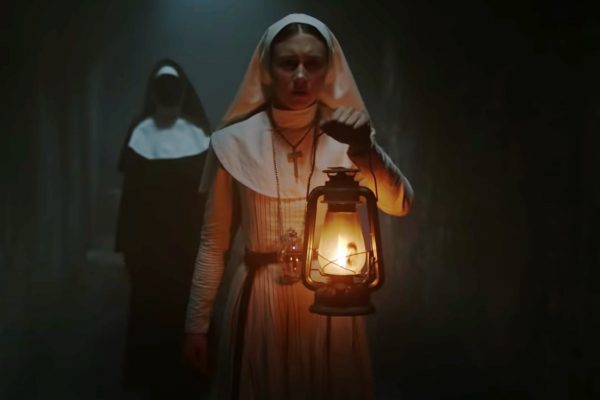