This Incredibles franchise is a wonderfully deceptive beast. A masterful trojan horse of sorts. In 2004, after Pixar successfully convinced everyone that our toys had emotions, many of us thought the animation house were simply dabbling their feet in the superhero genre. They were, but they were also prophetically ahead of their time and the industry. With The Incredibles, they established the perfect superhero formula before we even knew what an MCU was. Have you ever wondered why we’ve never seen a good Fantastic Four movie? It’s because The Incredibles already beat Marvel/Fox to the chase. So why even bother?

14 years ago, Pixar knew their established household brand of genuine human storytelling would serve as the ultimate secret ingredient to bring newfound excitement and a grounded worldview to the superhero genre. And it really worked.

Now in 2018, Brad Bird and co. have hoodwinked audiences once again. This isn’t just a flashy superhero/family sequel cashing in on the appeal and success of the first film. It’s an all-too-real documentary on the trials and joys of parenting, that just so happens to be called Incredibles 2.

Set seconds after the conclusion of the previous film, we find our party of five joining forces to stop the the Underminer. As expected, the action is thrillingly fun and joyfully animated, showcasing how each of the Parr family member’s abilities work and synchronise together as a super-powered crime fighting unit. Frozone even pops back up, knowing exactly where his super suit is this time. But despite their best efforts to minimise civilian and property damage, their heroic services are still deemed as illegal in the eyes of society and the law.

Forced into hiding in a cheap motel, Mum (Holly Hunter) and Dad (Craig T. Nelson) need to decide on their next moves and how they should tackle the moralities of moving outside the law and setting a good example for their children.

Enter Winston Deavor played by Bob Odenkirk (Saul from Better Call Saul/Breaking Bad). A brilliant telecommunications tycoon, whose own personal tragedy shapes his worldview that superpowered individuals should have the freedom to fight for and protect society.

He and his tech-wizard sister, Evelyn’s plan is to change the public’s negative perception of superheroes and this time they want to put Elastigirl front and centre on the world stage as the face of credible heroism. Much to the dismay of Mr. Incredible and his ever-so-slightly shattered “bread-winning” ego.

For any parent, what follows is often times a warm and accurate depiction of the wonder and frustrations of trying to raise a family. As a father to a beautiful 19-month old daughter (who only had 3 hours sleep the night before the media screening – might I add) watching Bob struggling to remain human after sleepless nights, attempting to mentor Violet and Dash, while keeping his youngest Jack-Jack alive and asleep was like viewing a wonderfully rendered snapshot of my actual life. That was me on the screen attempting to keep my eyes open, while my baby slapped me in the face with wide-open and adoring eyes.

Speaking of Jack-Jack, fans of the original would obviously recall that the little guy finally demonstrated his assortment of previously unknown powers in that film’s final moments. In the sequel, he absolutely steals the show both with his sheer cuteness as a character, and whenever he suddenly releases his hysterical and imaginatively choreographed super abilities. A standout scene both in this film and in 2018, is a utterly brilliant showdown between the baby and an unsuspecting raccoon in the family’s backyard. It’s Avengers-level great.

Writer/director Brad Bird returns to continue his super family’s journey and reprise his own voice-role as the ever-so-wonderful Edna (the family’s exclusive costumier and go-to babysitter). And while he does continue to demonstrate his gifts as an emotionally-moving and visual filmmaker, it should be noted that his script, while good, isn’t quite as consistently witty, fresh or razor sharp this time around. The film is packed with so many poignant ideas surrounding work/life balance, gender/family roles and societal acceptance, that the runtime becomes bloated with some noticeable momentum and pace problems, especially early on. Whether your kids will stay engaged throughout, depends on whether they can tolerate the scenes clearly aimed as a group therapy session for the adults in the room.

The sequel’s new antagonist, the Screenslaver, makes for a particularly pertinent and timely choice for today’s screen-obsessed audiences, even if some of the character’s revelations are a little too obvious. As I hypocritically sit here typing this review on my laptop, pausing only to check messages and change Spotify on my other screen, I agree with the film’s not so subtle warnings about our dependent and addictive relationships with screens and the power they hold over us. The franchise’s stunning retro-futuristic/noir-esque production design also creates the perfect canvas to explore and play with these ideas. I flipped out over the mesmerising animation during the Elastigirl/Screenslaver confrontation. The old and new clashing in blinding white light.

Returning to the fold once more is genius composer, Michael Giacchino and if nothing else, sitting in an auditorium delighting in his big brass band’s perfect orchestration is worth the price of admission alone.

As a young dad and a superhero fanatic, I can overlook pace and minor script problems, because I feel like Brad Bird has tailor-made this film for me. Not concerned with subverting the genre again, he would rather pat me on the back and affirm my efforts as a parent and husband. It’s OK. If a superhero like Mr. Incredible and Elastigirl can struggle with parenting, you can too. Just know that in your child’s eyes, you’re their superhero and that’s all that matters. 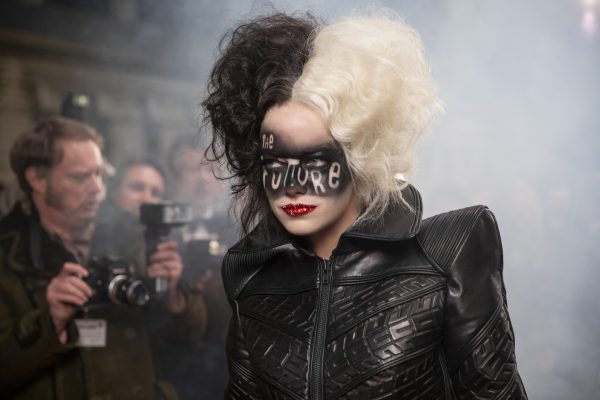