There’s obviously good intentions meant in the making of a film like Joe Bell. Projecting such intentions is a fine line to toe though, and, despite such capable talent as director Reinaldo Marcus Green (Monsters and Men, King Richard) and writers Diana Ossana and Larry McMurty (the co-writing duo behind the filmic adaptation of Brokeback Mountain), there’s such emotional manipulation imbued that its ultimate message gets lost in the shuffle

That message is important – without question – as bullying, especially pertaining to those that identify as queer, is something still quite rampant in today’s society, but Joe Bell oft feels more like a vehicle to humanise star Mark Wahlberg in a manner that so few of his other projects have; the actor’s own questionable background involving racially-driven assaults from his teen years also playing into account within the film’s manipulative temperament.

Based on a true story, the titular character (played by Wahlberg) is an Oregon father who takes to travelling across the US in a bid to preach kindness and tolerance, issues that are of particular relevance in his household. Joe’s son, Jadin (Reid Miller), is gay and quite proud of his status on his school’s cheerleading team, but living that truth doesn’t come without its challenges of being cruelly targeted by fellow bullying students. Joe’s intent on preaching the importance of acceptance seems to indicate his nature of being a loving father, but when Jadin expresses his true nature there’s an odd silence, almost indifference to the news that makes Joe’s choice to spread the good word all the more perplexing as the film paints him as quite a volatile human.

For anyone unfamiliar with the particulars of the story, I will purposely leave out one of the film’s main hooks regarding Joe and Jadin’s dynamic as they travel together. It’s unlikely to be entirely surprising in its revelation, and, quite sadly, it only further fuels the film’s calculating fire. I don’t think Green had the intention of making a bitter movie, but the delicacy in which this story should be handled is sorely botched. Ultimately, Joe Bell feels like a film made by heterosexual artists for a heterosexual audience, hoping that the rather aggressive, mawkish manner the material has been attacked will skewer the mindset of the viewer. Queer audiences are all too familiar with these types of tales, and having an explosive personality like Joe Bell – played by someone like Wahlberg – represent a “saviour” figure is, in all honesty, quite insulting.

Wahlberg’s Joe is the focus of the movie, where it really should have been equally operated by both him and Miller’s Jadin. The young actor truly proves to be the film’s greatest asset, and some of the emotional depth he expresses leans in to the narrative’s heart-breaking core, something Wahlberg often strains to achieve. As long as the film’s message shines through however, that’s ultimately going to be Joe Bell‘s success – it’s just a shame that the pure intent is undone by emotional scheming. 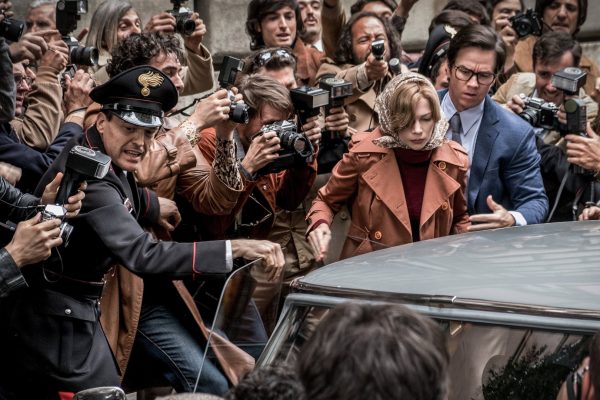