Judas and the Black Messiah sits firmly within that camp of filmmaking that is both entrancing and enraging. A look back at a very particular moment in history, that echoes much of what we’ve seen on the streets of the US, as well as globally, Shaka King’s film is a phenomenal piece of cinema that will have you diving into the history books right after the credits roll.

After impersonating a federal agent in order to steal a car, thief and grifter Bill O’Neal (LaKeith Stanfield) is given a choice by the FBI – do six years in prison for his crimes, or infiltrate the Black Panther Party in order to bring it down from the inside. O’Neal chooses the latter and attempts to gain the trust of the Panthers and their leader, Chairman Fred Hampton (Daniel Kaluuya) all the while feeding his FBI handler, Agent Roy Mitchell (Jesse Plemons) information that could spell the downfall of the party.

It’s easy to get waylaid by Kaluuya’s performance in this film. But King makes sure that it’s not a film that simply relies on the performances of a single actor to get by. Every aspect of the filmmaking here is a punch to the mouth (lovingly). From the piercing horns of the film’s soundtrack to the cinematography, every detail put to screen is here to be both gorgeous and uncomfortable, amplifying a sense of war in the streets, with a simmering air of dread just under the surface.

King is loathed to hold back on the more vicious elements of the Panther’s struggle to bring together a rainbow coalition and their continuous battle with the authorities, from the FBI to the Chicago police. There are times where it feels very much like a war film set in an urban environment. While some might find this off putting, it does feel like it’s meant to be, forcing the viewer to bear witness rather than entertain.

Stanfield, who continuously brings the goods to everything he does, brings an especially nuanced take to his character. If you’re familiar with O’Neal’s involvement in Hampton’s demise, one might go into this film looking at him in a negative light. But here, Stanfield brings enough angst, heart and slipperiness to his performance that he makes it difficult for you to completely cast judgement on O’Neal’s actions. Difficult, but not impossible. While O’Neal is stuck between a rock and a hard place, it isn’t until the prospect of money for information comes to play where you see the wry smile of opportunity creep across his face. It’s here where Stanfield ups the duplicitousness and makes it even more difficult for the viewer to get a hold of his moral bearings. While his performance may feel slightly overshadowed by the explosiveness of Kaluuya, it’s very much a career best for Stanfield.

As Deborah Johnson (now Akua Njeri), fellow Black Panther member and fiancé to Hampton, Dominique Fishback is phenomenal, able to occupy the more quiet moments of the film and bringing some scarce levity. She reminds us that a lot those that occupied the BP movement during the 60’s were essentially kids, people in their late teens and very early 20’s involving themselves in intense and often times dangerous levels of activism and protest. We see this during a fiery moment with Hampton giving his “I am a Revolutionary” speech. Johnson realises just how far Hampton is willing to go for the cause and knowing there is almost nothing she can do to dissuade him from the obvious life and death struggle.

But it’s Kaluuya’s performance that is the centre of gravity for the film. We all know Kaluuya’s great in anything he touches. From Get Out, Black Panther to the criminally, criminally underrated Widows (again, criminally underrated), Kaluuya, much like Stanfield, continuously knocks It out of the park each and every performance. But as Hampton, he’s not just on another level, he’s in another universe. He embodies Hampton with sheer ferocity and understated tenderness in the quieter moments with such ease, you’d be correct in thinking that you’re witnessing one of the great actors of our generation. It’s a performance and portrayal that goes beyond the usual awards chatter and addition to “best of” lists that occurs this time of year. It reminds us that film is forever and we’re going to be talking about this performance and this film for a good long while to come. 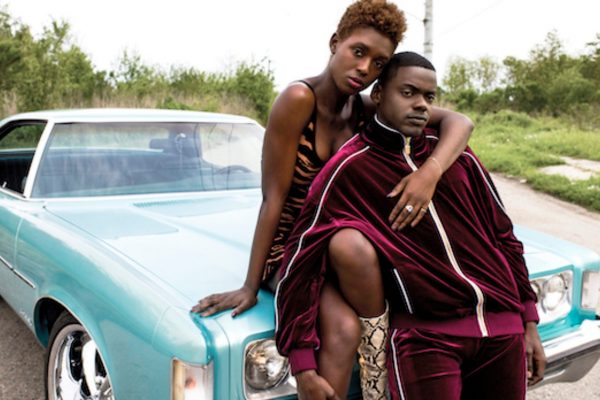