There’s a brilliant moment in Knives Out, where black sheep Ransom Robinson (an against-type Chris Evans fresh off being America’s hero) sits down and repeatedly tells each and every one of his rich, self-righteous, elitist family members to “eat sh*t”. This scene is briefly teased in the trailer, but in context it felt like one of the most cathartic fourth wall breaking moments I’ve seen in the cinema in years.

After two straight years of being the whipping boy for aggrieved internet trolls, Rian Johnson told his critics, via Captain America, where to shove it and what they can dine on in the process. And who can blame him? Despite receiving rave reviews from “paid” critics, the writer/director of The Last Jedi has been routinely and unceremoniously ripped to shreds on a daily basis, with some delinquents going as far as calling him the “worst director in Hollywood.” Proving with that last absurd claim, that many keyboard warriors out there don’t actually know what the role of a director is.

As a steadfast loyalist and staunch defender of his masterful, universe-altering Star Wars turn, nothing has given me greater cinematic joy in 2019, than seeing Rian exorcising some of his demons to play a deliciously wicked game of Cluedo with some of the best actors in the industry. Evans, Daniel Craig, Jamie Lee Curtis, Michael Shannon, Toni Collette, Christopher Plummer, Ana de Armas, LaKeith Stanfield and Don Johnson are clearly having the time of their lives, hamming it up in this new murder-mystery pastiche. Their collective exuberance on screen is infectiously palpable.

Craig absolutely steals the show, in a Foghorn Leghorn role that seemed at one moment in time to be destined for a pre-MeToo Kevin Spacey. The film describes him as the “last of the gentlemen sleuths” and his over-the-top commitment to disarming and appraising each potential suspect of their capacity for murder is almost worth the price of admission alone. Here’s hoping for a spin-off series once his life debt to the Bond franchise ends.

As a devout genre filmmaker with a love for the subversive, Johnson once again finds his own unique and ingenious way to rework and dissect the generic tropes and structuring of the typical whodunnit feature. Major plot details are revealed early in the piece and the film revels in how audiences are asked to continually reevaluate if they should emphasise and/or trust any of these characters. It’s both Columbo (perpetrator revealed early) and Christie (perpetrator revealed at the conclusion). Clearly not the world’s worst director, Rian knows how to expertly weave this delicate balance between entertainment, mystery and expectation. He is a master craftsman.

But Johnson clearly has more up his sleeve than a simple murder mystery with some snappy wit and sneaky narrative retooling. While Kenneth Branaghn wants to play dress-up with his planned series of Agatha Christie films, Johnson has intentionally set his film in 2019.

This richer-than-rich family of spoiled vultures, could be any wealthy American elite family. The Thrombey’s could easily be the Trump’s or Murdoch’s. The film isn’t shy about giving it to the ultra-privileged with some well written satire. This is all very conscious and calculated, because the film wants to talk about class divisions and the inclusion of immigrant nurse Marta (played by rising star Ana de Armas) says quite a lot about the subject. In fact, while every other character is a rapturously heightened stereotype, de Armas plays the role of the gentle, unassuming caretaker with genuine sincerity and earnestness. A portrayal seldom seen in the genre, but effective and welcome.

But political commentary both subtle and not-so-subtle aside, Knives Out is precisely the reason you want to visit the multiplex. It is the perfect 2019 film to end your 2019 with. A playful, giddy, goofy, yet oddly resonant film where not everything is as it seems, but somehow everything is exactly as you see it. Your ears and eyes may be deceiving you, but maybe they’re not. 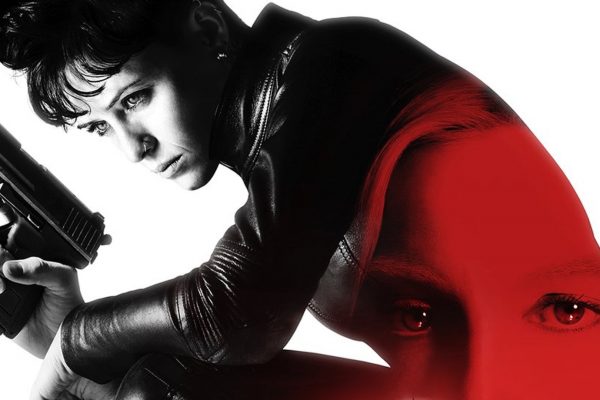