Lady Bird is so effortlessly sweet, so laden with charm and just so damn lovely that any reviewer trying to tarnish this film’s Rotten Tomatoes score should be tried for a hate crime.

Was that “hate crime” statement a little too hyperbolic? Yes. Unwarranted? Probably. But is Lady Bird deserving of such high universal praise? Absolutely.

Born on the wrong side of the tracks, Christine ‘Lady Bird’ McPherson (Saoirse Ronan – superb) is your typical coming-of-age protagonist, awkwardly fumbling her way through her final stages of teenagehood. Her pink hair perfectly matches her personality; free-spirited and unkempt. She deplores Sacramento (a hometown she shares with the film’s creator), resenting her family for aiming so low and staying put. She’s moody, gawkish, selfish and rebellious, and by the film’s end, all we want to do is hang out with her a little more and give her a big old hug.

We love Lady Bird because she’s real. She’s all of us. A facsimile of our own spot-faced, messy adolescence. Her hilarious observations and immaturity feel all too real. Almost as if we’re seeing some painful home videos that capture us at our most embarrassing, trying and forgettable.

The film doesn’t try to revolutionise or subvert its genre. It’s content on playing events out in a simple, straight forward manner, all while remaining honest with itself and its audience. It’s 90 minutes of warm-hearted reality; warts-and-all.

First time director, Greta Gerwig has established herself as the queen of endearing awkwardness as a performer. A trait she’s transitioned masterfully to behind the camera. As a filmmaker, her debut feature arrives at a critical point in our social discourse. With Hollywood (finally) curb stomping any and all forms of gender inequality and discrimination in their industry, we need to acknowledge and applaud that this is a film envisioned by a talented female filmmaker, which celebrates and promotes authentic female representations on screen.

While Allison Janney will most likely (and for good reason) take out the Academy Award for Best Supporting Actress for I,Tonya, Laurie Metcalf is equally deserving of such honours. There’s a brutal integrity to Metcalf’s portrayal of Marion, a sacrificial mother whose family depends on her working exhaustive hours just to make ends meet. Her clashes with her daughter leave a mark. Her fierce brand of parenting is mistaken for callousness, but nothing could be further from the truth. Their relationship is both delightful and painfully genuine.

A scene involving Metcalf driving to and from an airport is an emotional and performative highpoint. She’s pained with regret, longing and missed opportunities. It forced this reviewer to tears and made me want to call my mother and apologise for every stupid thing I ever made her endure when I was at my worst.

Lady Bird will strike a familiar and powerful chord in mothers and daughters, but I’d argue that even the most cynical and jaded of filmgoers would struggle mightily to not find something to love or admire about this film; from a debutant filmmaker no less.

Consistently hilarious and poignant, it’s the best film of the year. So far. 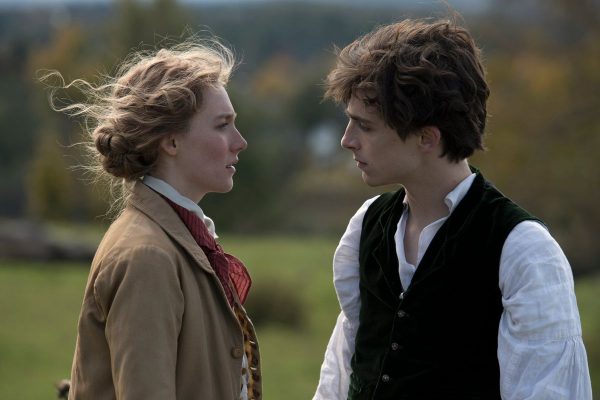