The San Fernando Valley where director Paul Thomas Anderson grew up has often been a setting drenched in appreciation of some sort in several of his features, and with Licorice Pizza he delivers the most loving portrait yet. Set in 1973 and inspired by both his own memories and the life of producer Gary Goetzman (The Silence of the Lambs, Philadelphia, Mamma Mia!), Anderson’s sweetest, most nostalgic effort to date bases itself teenage hustler and child actor Gary Valentine (Cooper Hoffman, son of the late Philip Seymour Hoffman, in a startling debut performance).

Our introduction to Gary intertwines with him meeting Alana Kane (Alana Haim, similarly making her feature debut with the type of ferocious screen presence that suggests she was destined for screen stardom), a twentysomething working as a photographer’s assistant at Gary’s high school on picture day. He’s immediately taken with her aloof, sarcastic temperament, and Anderson weaving in and out of their surroundings perfectly encapsulates the cat-and-mouse game both Gary and Alana play with each other as she rejects his advances, even though she doesn’t entirely want to.

Much has been made about the fact that Gary being 15 and Alana being in her early 20’s – she states she’s 25 – lends the film an air of discomfort. This isn’t exactly misplaced discourse, but it would seem Anderson is entirely aware of such a controversial bracket and the dreamy haze that accompanies much of the film’s narrative seems to lend itself to readily accept such a difference. It should also be noted that although there is a romanticised connection between the two, it’s Gary who’s more pursuant of Alana, with her eventually giving into his undeniable charm in a more platonic manner, being drawn into his various schemes.

As a minor he requires an adult chaperone to accompany him on one of his film press tours – one guess as to who he brings along – and his business acumen means he launches several successful ventures, all of which Alana can’t help but partner up on. Despite their age difference, their maturity levels seem to match each others – she lives at her home with her family, aimlessly drifting through work – and she seems incredibly aware of how strange it is for her to be hanging out with people of Gary’s age, yet the difficulty in accepting her position as a young woman proves far too strapping.

Whilst the 1970’s setting could easily give Anderson license to comment on the racism, sexism and homophobia of the era, he isn’t overly concerned with making Licorice Pizza a political affair; these subjects only passingly noted, with the fuel shortage of the time the only major issue given some traction, and even then it’s marred in a comedic frame involving a wired Bradley Cooper portraying controversial film producer Jon Peters. Cooper, in essentially little more than an extended cameo, is both painfully funny and nerve-rackingly terrifying as the unhinged Peters who, in the same breath, brags about his relationship with Barbra Streisand whilst threatening to kill Gary’s family should he not make good on one of his business ventures.

Though the extended running time may irk some viewers – it clocks in around 133 minutes – as the back-and-forth of Gary and Alana’s relationship borders on redundancy, Licorice Pizza nonetheless remains an incredibly tasty slice of small-scale celluloid that benefits from its injection of substance. Hoffman and Haim are nothing short of remarkable here, sweeping us away despite the questionable dynamic of their partnering, grounding another winning effort from a director who seldom provides this much entertainment with such a wholesome outlook. A true gem. 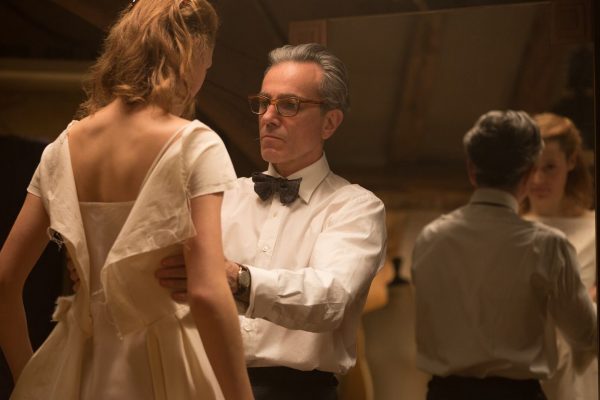