As far as debut features go, Adrian Ortega’s understated and quiet Cerulean Blue may not seem like the obvious choice for a first time filmmaker. Opting to shirk any form of grandiosity or the more obvious drama that other filmmakers may find safety in, Cerulean Blue manages to find a meaningful tale in small gestures that many of us would otherwise not think twice about.

The film follows Alex (Jack Michel) a reserved young lad dealing with OCD. Making the trek from Brisbane to Melbourne in his barely running cerulean blue sedan, he crosses paths with Lily (Senie Priti) a young, wannabe actress who is far livelier than Alex is willing tolerate. Both making the same journey, they strike up a unique, if unlikely bond through the secrets they refuse to divulge to each other.

Part of the fun with this film is pulling back the layers that writer / director Ortega has imbued his characters. On the surface they both seem like fairly tried and true archetypes, Alex with his timid and lonely nature, inadvertently crying out for some life in his universe, and Lily, a technicolored missile who’s ready to destroy any kind of insecurities her new found travel buddy may have. But as the film progresses we realise that they’re far more than just cliche and stereotypes we’ve seen previously. A credit to both actors who display incredible restraint in their performances, never teetering into the obvious. Priti in particular gives Lily far more vibrancy and depth, straying away from Manic Pixie Dream Girl territory and adding much needed dimensionality.

What’s really interesting about Ortega’s debut is how pulled back and nuanced both the story and performances are. In lesser hands, the material could lend itself to melodrama, scenes of over performed rage and moments of outbursts that would work well for the trailer but would otherwise bring very little to the table by way of something more substantive. With Cerulean Blue everything – love, angst, happiness, grief – are all bubbling underneath the surface, projected through the eyes and minor mannerisms of the performers. It’s an incredibly difficult thing to pull off even for an experienced director, and for Ortega to do so on his first outing shows a filmmaker’s maturity beyond their years.

Admittedly, Cerulean Blue isn’t for everyone. Some might find frustration in its lack of narrative propulsion or its pulled back performances. However for those needing to get away from the mainstream of cinema, it’s another great example of smaller storytelling. That there’s beauty and drama to be found in even the tiniest forms of kindness and that we as humans read and absorb interactions, no matter how subtle, in a myriad of ways. It’s a unique, mature and delightful slice of new Australian cinema, guided by an assured talent that we’ll no doubt be seeing more of in the coming years. 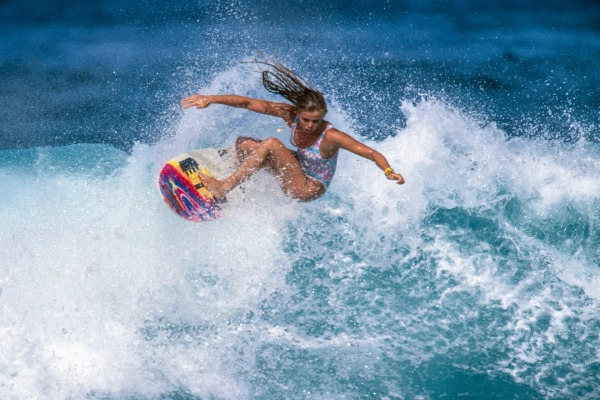