‘Polarising’ would aptly describe the reunion of the star and director behind 2011’s stylish cult-hit Drive. Two years on and this promising team have unleashed something of an oxymoron. A film that is both similar to its predecessor, yet distinctly dissimilar at the same time. Only God Forgives is an experiment in mood that boldly tiptoes the line between art and pretension. Much like his previous efforts, Danish filmmaker Nicolas Winding Refn has fashioned a hyper-violent fairytale where his neon-soaked aesthetics heavily outweigh narrative progression and character development. Viewing this film felt more akin to walking through a gallery of highly stylised and beautifully framed pieces of visual art.

Only God Forgives uncompromisingly demands the viewer to patiently allow themselves to be slowly hypnotised into the vividly textured and visually alluring underworld of Bangkok that dwells only in the darkness and depravity of its setting. Audiences need to be made aware that this is not Drive. This is a stranger, darker and far more unsettling piece of cinematic nihilism. It’s also undeniably captivating.

Winding Refn was quoted as saying that he initially envisioned this film to tell the tale of a man who wanted to fight God. The man in this scenario is the almost-mute Julian (Ryan Gosling). Julian operates a Muay Thai Boxing club that fronts for his families much more profitable drug-trafficking business.  When his utterly detestable brother Billy (Tom Burke) is killed for brutally murdering a prostitute (off-screen thankfully) Julian is forced into an ill-conceived plot for vengeance ordered by his profane, antagonistic mother Crystal (Kristin Scott Thomas). To their own ignorant detriment, the hit is placed upon a sword-wielding, seemingly untouchable Thai cop named Chang (Vithaya Pansringarm) who brutally inflicts what he believes to be righteous judgement and punishment to the sinners who pervade his city.

It’s hard to empathise with Julian and his family’s plight, as they are all morally reprehensible. In fact, it is Chang who is by far the most compelling character within this warped nightmarish universe. Intended to be the god-like character that the title implies, one could argue that he is also an agent for torment and temptation, much like Satan himself.

As the film slowly develops, the lines of reality and fantasy blur and in doing so deliver a  beautifully constructed, yet disturbing tapestry of violence, vengeance, eroticism, punishment and atonement. All of these masterfully composed images by cinematographer Larry Smith are given further depth by a pulsing, tension-filled electronic score by composer Cliff Martinez.

Despite its divisive premiere that was both booed and given a standing ovation at the 2013 Cannes Film Festival, as a lover of film I simply must applaud Winding Refn for having the gall to steer clear of making anything that even remotely resembles a ‘safe’ film. As I grow increasingly bored with the constant bombardment of formulaic computer-generated blockbusters, it is refreshing to see something so visually striking and yet so morally perplexing.

Despite my obvious acceptance and appreciation for what is being offered, this review is not a recommendation. The film is not one to be enjoyed, but one to be experienced. The viewer would have to adopt a very open and specific mindset to gain anything from that experience. Only God Forgives is virtually inaccessible to the vast majority of cinema patrons. I myself left the cinema feeling an array of conflicting and uncomfortable emotions and thoughts.

Why can’t more filmmakers be as daring and effective? 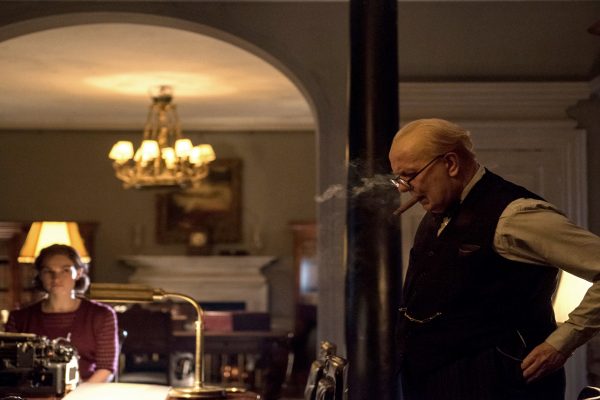