After a rare stumble in the House of Mouse with their ambitious Nutcracker adventure, the Disney brand is more than back on track with Ralph Breaks the Internet.  A sequel to 2012’s Wreck-It-Ralph, this continuation manages to blend the retro charm of the original’s characters with an updated setting, resulting in a refreshing combination of old and new that should see this sequel land with a broader audience than may be expected.

In the years since the original film (and, as is tradition, this sequel expects viewers to be familiar with the preceding story) the bond between Ralph (voiced by John C. Reilly) and Vanellope (Sarah Silverman) has only grown stronger, and when they aren’t following the motions in their respective video games, the two are hanging out in the various social spots that exist after-hours in the arcade they are homed in.

As content as they appear to be – Ralph more so than Vanellope, who desires a life away from traditional control – the notion that their sweet, time-warped arcade will be updated with Wi-Fi technology is one that the duo welcome with enthusiasm, particularly Vanellope who leads Ralph into the depths of the internet when he inadvertently has her safe haven – the car-racing game “Sugar Rush” – retired due to an unsanctioned racing track he created.  Learning of the conglomerate we know as E-Bay, Ralph believes he can buy the correct fixture for “Sugar Rush”, saving Vanellope’s existence in the process.

The bidding process E-Bay has become famous for is just one of the many consumer gags Ralph Breaks the Internet pokes fun at, and it’s when Ralph and Vanellope are exploring the wide web that the Phil Johnston (Zootopia)/Pamela Ribon (Moana)-penned script really crackles with wit and sly observation; the autocomplete feature of Google is given one of the more humorous mentions through the search engine operator KnowsMore (Alan Tudyk).

As easy it would’ve been to let the film exist solely off the back of internet gags, Ralph Breaks the Internet propels itself forward  with the introduction of an interactive racing game titled “Slaughter Race”.  Following the advice of a pop-up ad, a click-bait personification named J.P. Spamley (an uncredited Bill Hader), Ralph and Vanellope believe stealing the game’s signature vehicle will earn them enough on-line merits to purchase the missing part they need for “Sugar Rush”.  This would all be well-and-good if Vanellope didn’t fall madly in love with the ever-changing racing configuration of “Slaughter Race”, as well as its head driver, a supremely confidently created and lusciously drawn femme known as Shank (Gal Gadot).

And as Vanellope deals with her own crisis, Ralph does all he can to return to the arcade he feels most protected in, and with the help of Yesss (Taraji P. Henson), an algorithm that determines which videos should be trending at a sharing site known as BuzzzTube (an amalgamation of YouTube and BuzzFeed), he starts creating viral videos to raise the necessary funds.  It’s here through his well-intentioned plan of action and Vanellope’s desire to stay within the internet that the film punches in its Disney card and sprinkles in its message of both the importance of friendship and staying true to one’s self.

Ralph Breaks the Internet thankfully never feels overtly preachy, and its climactic moments involving Ralph’s inadvertent internet-destroying virus acts as a commentary on how someone’s insecurities can dismantle them from within.  It’s an alarmingly dark path that Rich Moore and Phil Johnston’s film takes, only further driving home that this isn’t an animated feature solely for the youngsters.  With many of the internet-themed jokes based off of websites and apps that are more designed for teenagers and above, it almost appears deliberate that Ralph Breaks the Internet aims its comedy quota at older audiences – even a sequence involving all (and I mean ALL) the Disney princesses is played for mature audiences with jokes regarding their respective imprisonment likely to fly far over younger audiences heads.

With stellar voice casting, an imaginatively vast visual scope, and an emotional core that doesn’t pander to the lowest denominator, Ralph Breaks the Internet is at once an expected treat from Disney and a rare sequel that holds its own against the original without sacrificing elements that made its predecessor such a charm in the first place.  A family film that tailors itself to all, Ralph Breaks the Internet should find no start-up issues when connecting with the masses. 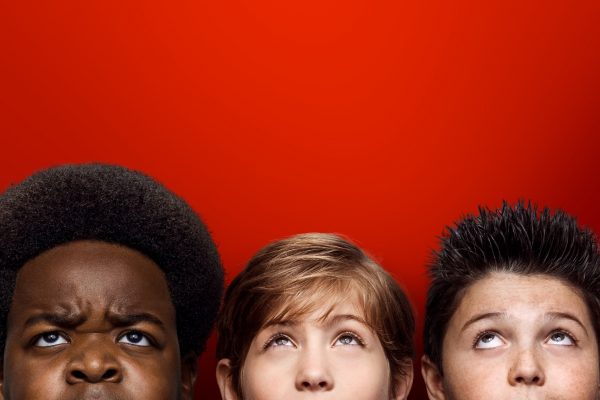