Ready Player One shouldn’t work. On any level. A film steeped in gaming, pop and 80’s reference culture should be so obscenely obnoxious that it would act as an endurance test for even the most masochistic of viewers. But, surprisingly – even for Spielberg – the uber director has made a film that not only celebrates our love of fantasy and popular art, but also gives the okay to further embrace it, free of cynicism or judgement.

Based on the Ernest Cline novel of the same name, the year is 2045 and while the world isn’t completely in the toilet yet, you can definitely hear the flush. Our story focuses on the aptly named Wade Watts (Tye Sheridan), a young junk yard dweller and gamer who lives in “The Stacks”, a series of camper vans and trailers stacked one on top of the other, with a myriad of families and lonely individuals living out their lives in not all-the-way squaller, but close to it. With reality being as bad as it is, nearly everyone is hooked into the OASIS, a virtual reality world that has almost all but taken over humanity.

As I’m writing this, I realize that there’s a fair amount of exposition and groundwork required in laying out this vast gaming universe, so in the interest of time and those of us whose focus and attention is waining, allow me to give you the abridged version: within said vast and all encompassing game created by a social inept genius (Mark Rylance) is an easter egg that will bestow upon the finder half a trillion dollars and the keys to the entire gaming kingdom. Our boy, Wade is in a race against the clock to find said egg before evil and cowardly corporatist, Nolan Sorrento (Ben Mendelsohn) does first. That about sums it up.

It was only ever going to be Spielberg who could bring this movie to life without crashing and burning. In the hands of any other director, a slight miscalculation, a small shift in the wrong direction, and the entire house of cards could have come down in a career ending tragedy. But given that Spielberg is essentially one of the godfathers of the weaponised nostalgia landscape we find ourselves in today, it gives the mega director a chance to revel in all that he has created and an opportunity to say something about the way in which we consume our modern day myths and legends. From word go, we’re thrown into a world that hits us in a wave of light and sound, sometimes jarring, other times awe inspiring.  I hate using the term “visual feast” but Ready Player One is definitely a cinematic all you can eat buffet, not only from the plethora of pop culture references it throws at you, but from the overall world and character design. It’s a movie designed almost solely to buy on blu-ray so one can pause it frame by frame and exclaim, “Is that the Battletoads? IT IS THE BATTLETOADS!!”

While an almost fairly stock standard hero’s journey, Ready Player One does throw you some curve balls: a sequence set entirely within a legendary horror film was both amazing and a little blasphemous depending on who you ask. Those who revel in the film’s referential nature will adore it, while purists will want to tear the theatre down with their bare hands. And, honestly, both reactions would be correct. Where the film stumbles is in the usual areas you would imagine. We’re maligned with a fairly flat love story between hapless hero and plucky resistance fighter (Olivia Cooke) that will make you go, “Okay, okay, kiss, now let’s plug back in again, OH DEAR GOD, IT’S THE SERENITY!!”

Ultimately, we won’t remember this as one of Spielberg’s best, but given what the guy’s put out over the years it would be pretty selfish of us to expect he consistently aim for that level over a four decade long career. Ultimately, Ready Player One is a dizzying celebration of why we come to the movies or pick up the controller or turn the page and I challenge you not to have a good time with it. 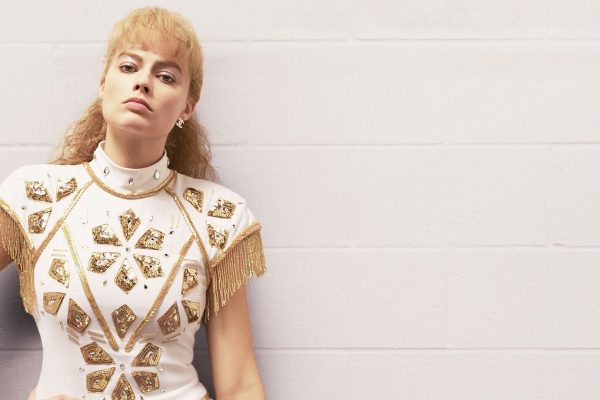