I’ve often maintained that good horror is difficultly to do. It’s very easy to assault an audience with numerous jump scares and have them walking away thinking that that’s what horror is meant to be. But, if done correctly, a great horror movie, one that really sticks with you, that forces you to stay awake wondering about what’s lurking in the bedroom shadows at 2 am, burrows its way gently under your skin and puts the screws on your chest without you realising. Relic sits comfortably within that description, making you shudder at the sound of creaking walls and muffled footsteps, whilst delivering a surprisingly (and welcome) heartfelt allegory about the destruction of dementia.

Directed by rising star, Natalie Erika James, Relic follows the mother / daughter Kay and Sam (Emily Mortimer and Bella Heathcote) as they return to their family home to find Kay’s mother, Edna (Robyn Nevin), who’s disappeared. Following multiple days of searching the local forest, Edna turns up just as mysteriously as she disappeared. Unable to account for her whereabouts during that time – or outright refusing to do so – Edna’s return to the house marks the beginning of both familial and supernatural turmoil.

Relic sits very comfortably among other films of the genre that refuse to bow to convention, and treat its audience like morons. James provides an assured and deft touch to the film, balancing both slow burn terror with a weighty family drama, with the humanity-shredding disease of dementia driving proceedings. It’s in this balance where the film truly shines, with James and co-writer Christian White providing heart breaking moments of all too real instances of the mental illness that will hit home for many who’s lives the disease has touched.

James’ direction is backed by a blindingly shining cast. Mortimer’s Kay does her best to hide her guilt of neglect, only for it to later be an anchor around her neck. Her initial “Nan’s just getting old” handwaving only gets her so far, before things take a very sharp turn towards the darkness. Heathcote’s Sam is the first to welcome home Edna with warm, open arms, pushing back against Kay’s tired handwringing. But her naivety gets the better of her leading to a truly terrifying and claustrophobic sequence that kept me awake at night (kids, don’t go in the closet). But Nevin’s Edna is really remarkable. What would otherwise be another creepy old woman performance, Nevin injects her character with moments of warmth, that make you forget for a moment that something is very wrong with Edna. It’s in these moments that you want to stay with, in the daylight, and watch Nan dance around her living room remembering better times.

There will be some that may find James’ refusal to spoon feed the viewer slightly off putting. The slow burn nature of the story, coupled with a deliberate lack of exposition about the supernatural element of the film may normally be seen as detrimental in other stories. But here, James’ steadfast direction only amplifies both the scares and the drama, culminating in a daring, heartfelt finale that will have many crying and heartbroken, and perhaps very few scratching their heads. It’s a film you give yourself to, and allow the emotion of the narrative to wash over you. There’s also a clear love of Japanese horror, mixed with heaping servings of Australiana stirred in for good measure. What may have otherwise been a derivative haunted family film under a lesser director, James manages to infuse the two elements superbly, resulting in a terrifying mixture of black mould and the best parts of a family drama. It’s a film that will make you at once terrified of the monster in the closet, before you realise that perhaps that monster just needs a hug.

Relic is now available to stream on Stan. 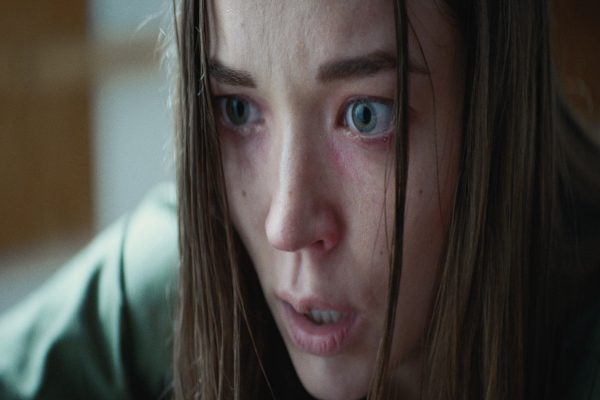