In Roma, writer/director Alfonso Cuarón(Children of Men, Gravity) has set out to make his masterpiece. He appears to have succeeded. This status is not just due to the gorgeous black and white cinematography, meticulous deep space composition and epic historical backgrounding. It’s not just the vulnerable lead performance from Yalitza Aparicio that is utterly lacking in ego. No, the miracle of Roma is that it provides a small, heartfelt domestic story on a huge canvas – it is simultaneously intimate and monumental – and that this juxtaposition takes place often in the same shot without any weakening of either facet.

Cuarón’s semi-autobiographical story is of a tumultuous Mexico in the early 1970s, told through the perspective of an indigenous housemaid: Cleo. Cleo is dutiful and loving, a second mother to the rich white family she works for. She meets a young man and falls pregnant to him, placing her in the position of having to tend to her own needs while she (and her friend and fellow servant Adela) meet every demand of the house.

Cleo’s mistress, Sofia, is fond of her, but there is never any doubt as to who holds the power. It is the rich over the poor, the occupiers over the minorities. Cuarón’s camera documents it all with a knowing gracefulness, in wide panning shots and long takes. Close ups are rare, and reaction shots unnecessary, as though all the events that take place are in God’s hands, and inevitable.

At this time in Mexico, the government was making a show of democracy, while firmly maintaining its totalitarian hold through brutal means. Unjust violence was largely given free rein in the countryside, though it did make its way to the city in horrific events such as the Corpus Christi Massacre. This provides the setting for one of the climactic scenes in Roma, in which Cleo and her mistress venture into the city centre to purchase a crib for her baby. While they haggle over price, we hear the protest in the background crescendo to a screaming riot that eventually intrudes on the bourgeois environment.

There are many moments like this that are staged to perfectly contrast or contextualise the foreground events, and to provide a transcendent quality to the realism. A plane passing overhead at just the right moment, a burning tree falling, the sun in perfect position to back light characters, ducks mating as Cleo walks by. And, in an emotional climax at the beach, there is a turning tide just starting to lap at the tight huddle of a family who are realising how important they are to each other.

Alfonso Cuarón has indicated that he identifies with the privileged children in this story. Modestly though, he tells not their story, but that of Cleo, a quiet, humble and kind woman. Perhaps, then, Roma is an apology to Cuarón’s own childhood housekeeper, or maybe a love letter to a saint; a woman who loved unreservedly, but who slept, dressed and ate only at her masters’ mercy. Roma is a beautiful and impressive accomplishment, and definitely one of the best movies of the year.

Roma is on Netflix now. 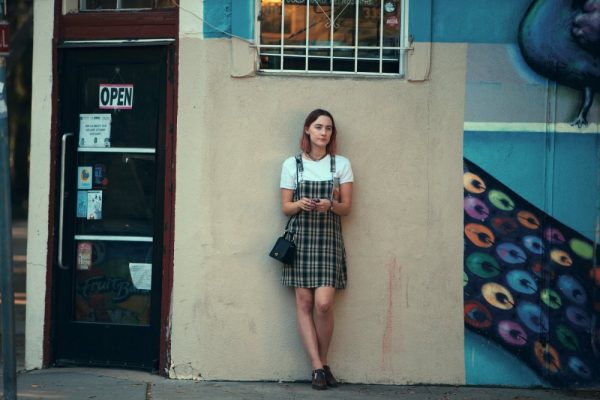