It’s become a curious recent trend in movies to try and humanize Dwayne The Rock Johnson by trying to create some kind of shortcoming for him. In a video game balance patch, we’d call it a nerf. It’s understandable, given that unless you cast another wrestler in an opposing role, it’s highly doubtful anybody could mar that face. The 2017 sequel Jumanji: Welcome to the Jungle did it by giving him the intellectual prowess of a geeky teenager. Skyscraper nerfs Johnson this by taking his leg, and fitting him with an apparently very robust prosthetic. Though there are a few focal points in the movie that feature this prosthetic, despite the marketing suggesting otherwise – the movie becomes a little more fantastical when you realize that this character is doing all of this on one leg.

The reasoning for all of this is a rather grimdark introduction to the film where a “mistake” by Johnson’s character, Will Sawyer, causes both his injury and the deaths of several people. It is made clear early on in the film that, though it’s both director Rawson Marshall Thurber and Johnson reuniting, Skyscraper is not 2016’s Central Intelligence, nor is it Rawson’s breakout comedy 2004 hit, Dodgeball. Skyscraper treats itself very seriously with a few moments of levity throughout. It helps lighten the tone of an otherwise fairly serious action movie, and certainly makes the whole experience more palatable.

Skyscraper centres on Sawyer, who, along with his family, live in the tallest and “safest” skyscraper in Hong Kong. Sawyer acts as the building’s head of security as well as the sobering voice amongst the higher ups that the building may not be all that safe. Truer words couldn’t be spoken when, soon enough, the structure is taken over by terrorists, forcing Sawyer into action to rescue his family and clear his name when he’s framed for the attack.

I had joked going in that I was excited for architecturally charged action – but the film actually delivers on this. The film’s main setting – a gargantuan some 240 storey tower dubbed “The Pearl” is a very alluring structure, full of soft angles and swirling organic lines. Credit where credit is due – the art department succeeded in adding something to the Hong Kong skyline that didn’t look out of place, but also looked vaguely otherworldly – in the same way those who have seen the Burj Khalifa in person can scarcely believe that something so big could and does exist. For those looking for that prickly feeling in your feet as vertigo sets in, there are a couple of gorgeous action set pieces that will give you just that.

There’s chemistry between Johnson’s Will and Neve Campbell’s Sarah. I was struck by a fun, yet tender moment between the two early on in the film. In a script with some fairly cheesy lines and interchanges, this moment felt earnest and honest. What was more refreshing is that this film gives Campbell some breathing room and agency to give Sarah more life and dimensionality. Though it still isn’t to the level of my dream movie – Helen Mirren rescuing her grandchildren in a Taken-esque revenge movie (Universal, call me) it’s refreshing to see Campbell make the most out of her role.

If I were to find a shortcoming in Skyscraper, one of the main stumbling blocks would be the film’s signposting. Though it is admittedly hard to mask certain character turns and betrayals in a genre film of this kind, the film gives away early on what was potentially a pretty meaningful plot twist. Similarly, the villains are less three dimensional than I’d like, playing to stereotype with very little room for character growth. Though it clearly pays homage to Die Hard several times, Kores Botha is no Hans Gruber.

There’s not much that I can say about Skyscraper that will sway people one way or the other. If you’ve seen the trailer, you know what you’re in for. If that’s not your jam, that’s cool. But for those who are willing to take the plunge, Skyscraper offers a fun, escapist genre romp in a throwback to an older style of tight action cinema that soars more than it stumbles. 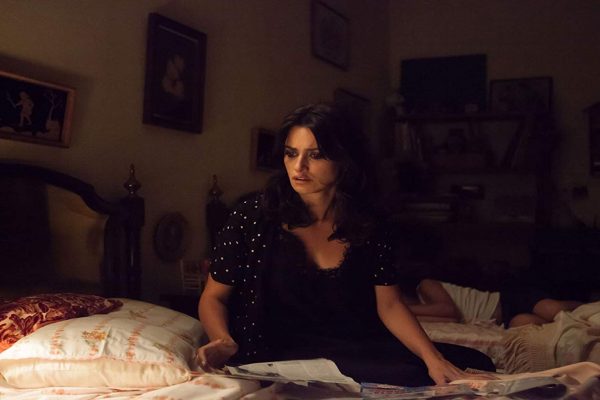