I try to avoid hyperbole as much as possible when writing, but I have to say Spider-Man: Into the Spider-Verse is a gift and we don’t deserve something so pure. Whether you have a deep love for the character(s), or you have a passing interest, one thing’s for sure – the people behind this movie have poured every ounce of love they have for the source material and it’s almost impossible not to feel it when watching the tale of Miles Morales and his fellow multi-verse jumping Spideys.

While Parker and co feature heavily throughout the film, Into the Spider-Verse is very much Miles’ story. Taking place in a universe not completely unlike ours, Morales is a Brooklyn kid trying to find his place in the world. Past iterations of the web-head have focused on Parker’s genesis through pain, following the loss of Uncle Ben. However, here, Morales comes from a loving family, with his father Jefferson (Brian Tyree Henry) and mother Rio (Luna Lauren Velez) doting on him and only wanting the best for his future. His main struggles are trying to fit in with students at the elitist school he reluctantly attends, desperately wanting to be back with what he describes as “my people” at his old high school.

One night, following a graffiti session with his uncle, Aaron (Mahershala Ali), Miles is – obviously – bitten by a spider that gives him the powers we all know and love. The arachnid originates from a lab containing a super collider set up by the gargantuan Wilson Fisk aka Kingpin (Liev Schreiber) who, for reasons best left unsaid, is attempting to gain access to other dimensions. In the process a Peter B. Parker from a neighbouring reality is snatched away and his forced to become the very, very reluctant teacher to the eager Morales, along with a whole slew of other webheads who pop up throughout the story.

Acting wise, you couldn’t find a better cast. Shameik Moore’s take on Morales walks a very fine line between being a cocky teen and an out-of-his-element wannnabe hero. Jake Johnson’s go around as the pudgy B. Parker is a surprising (and touching) blend of burnt out Spider-Man wit and regret. He’s a guy who’s found himself at rock bottom, having lost the lustre of being a hero and maybe web slinging a little bit past his expiration date. Schreiber leans well into the gangster of his character, with his Fisk coming by way of Goodfellas, being a little more rough around the edges than the more well spoken and dignified iteration seen in the Netflix / Marvel Daredevil series.

And yes, the visuals are something to truly behold. By attempting to bring a comic book to life, by going back and really doing the source material justice, the army of artists, technicians and creatives have brought us something that is wholly original. Honestly, if this thing doesn’t win a whole bag of statues this awards season then there is something truly broken in Hollywood, as the artistry on display here is something that doesn’t come along often.

Spider-Man: Into the Spider-Verse is a film that is best discovered and is most effective when the viewer is almost completely devoid of any details pertaining to the story. Directors Bob Persichetti, Peter Ramsey, Rodney Rothman and writer Phil Lord have packed this thing with so many treats, goodies and easter eggs for even the most novice Spidey fan to sink their teeth into, that spoiling anything would dampen a first timer’s experience. But, what is worth remarking on is the heart. Yes, the laughs are grand, the visuals are delicious, but it’s the emotion and the earnestness that the creators inject into the characters and the story that really caught me off guard. While I was swept off my feet by the action, it’s a moment between a father and son attempting to reconnect with one another between a closed door that had me choking up and holding back tears.

For this writer, Spider-Man: Into the Spider-Verse is probably the closest thing to a perfect film I’ve seen all year. From the gorgeous visuals, the pitch perfect casting down to the story’s massive beating heart, there is so much for so many to love here. While it’s easy for us to grow cynical over Sony’s treatment of the Spidey property (they make it very easy), it’s heartening to know that a group of talented individuals were allowed to creatively swing for the fences for a character they clearly have a deep admiration for. Into the Spider-Verse is the Ultimate, Spectacular and Amazing and may end up being your favourite Spidey film of all time. I know it’s mine.

And, oh yes, whatever you do, make sure you stay all the way to the end. Trust me. 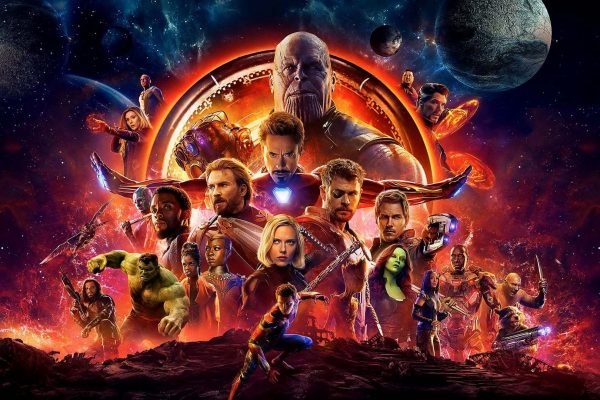