“Lethal Weapon for the ride-sharing woke-age? Sounds interesting!” said someone at Fox. “And we’ve got stars! Kumail Nanjiani, Dave Bautista, Karen Gillan! And we can get the director of Goon!” “What?” “And the writer of Vier Gegen Die Bank!” “What?” Yes, Stuber may have looked good on paper to someone. Like a Rorshach test. Someone else may have looked at the paper and said the script is a mess and the director (Michael Dowse) is still cutting his teeth.

Bautista is the tough cop, temporarily blind from laser eye surgery, on the hunt for his arch-nemesis, a drug dealing all-round bad guy (who of course is Hispanic, like the villains of the ‘80s action movies this is paying homage to). Unable to drive, he prevails upon an unwitting Uber driver (Nanjiani) who apparently has no choice but to accommodate this chance for a five-star review, and gets caught up in the chase. Anyway, the plot doesn’t matter much, since by this point it’s clear that there’s not a whole lot of logical character motivation going on.

The problem in this buddy-cop action comedy is the absence of basic comedy law. To make a joke land, you need to establish the ground rules – here is what is not funny, therefore here is what is funny. This is why we have straight guy/funny guy pairings. But Stuber doesn’t work, because everyone seems to be making jokes all the time. Or not. There’s no way to know when we’re supposed to laugh. There’s no bud-dum-ching. And one finds oneself giving little flaccid courtesy chuckles because when you turn the paper around a bit and look at it the right way, you can see how it could be funny.

But everyone’s working hard here. And to be fair, the actors don’t seem to know they’re in a movie that’s not working. They don’t look the least embarrassed. (Maybe they’re all feeling rightfully smug to be creating something that’s not part of a franchise like every other action property out there.) So that I’m not a total Negative Nelly, let me take a moment to wax on about wrestler-turned-actor Dave Bautista. How great is he? He’s so convincing and understated. He carries sweetness and violence equally. And there is a moment with fish-hooks in the face that he definitely sells.

Hopefully Stuber won’t do Bautista’s career any harm. And hopefully you see something better in the Rorshach ink blots.

Stuber is in cinemas now. 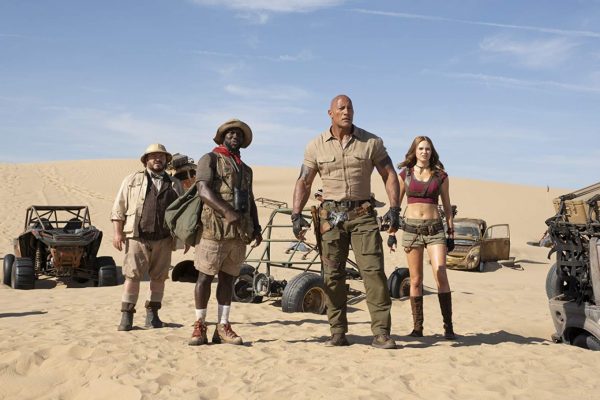