I do wonder how Dark Fate would have been received had it not had three complete misfires come before it. Heralding the return of the franchise’s creator, James Cameron in the producer’s chair, with Deadpool’s Tim Miller on only his second feature, Terminator: Dark Fate has the unenviable challenge of attempting to paint over everything from T2 onwards while attempting to relive the glory days of its far better predecessors. How does it do? Pretty bloody good, actually.

The latest film in a franchise to be hit with a rebootquel, Dark Fate opens with a pretty harrowing moment taking place not long after the events of T2, giving that film a fairly brand new and dour spin to it. We cut to 22 years later. Judgement Day hasn’t happened, the world continues to turn and everything is fine. Seemingly. That is, until, when human-ish time traveller, Grace (Mackenzie Davis) is the latest to fall through time and space, naked as the day she was born and ready to throw hands at a moment’s notice. Not long after, Gabriel Luna’s sinister, straight-faced Rev-9 comes crashing through the familiar orb of time disruption. Both are in search of Dani Ramos (Natalia Reyes), a young Mexican factory worker, the latest to be caught up in a destiny featuring killer AI and global annihilation. It’s not long before the now grizzled and world weary Sarah Connor (franchise MVP, Linda Hamilton) saunters in, auto shotgun in hand to give what for and protect her counterpart.

Read enough reviews of this film and you’ll find many are comparing it, either favourably or unfavourably to 2015 The Force Awakens. It’s not hard to see why. Both act as soft reboot / remakes of their predecessors in order to essentially wipe the slate clean of previous missteps to move forward and breathe new life in the franchise. Where I compare the two is the idea of history being cyclical. TFA saw the Empire crumble only to give rise to The First Order. In Dark Fate, while Connor managed to stop the Judgement Day of 1997, she hasn’t averted the apocalypse, only changed the button pushers. Gone is Skynet, now replaced with the ominously titled Legion. To give more detail would be giving the game away, but it’s a nice riff on the idea that “history doesn’t repeat itself, it rhymes.”

With Cameron returning to the franchise with some type of creative control, Dark Fate gets to the core of what a Terminator film is – a wildly violent, down and dirty sci fi chase film. Sure, there is the larger implication of an impending nuclear holocaust just over the horizon, but it’s only ever focused upon when the film needs the audience to catch their breath before the next set piece begins. Dark Fate is no different. The second Grace crash lands into our time, it’s go time. A factory cybernetic beatdown gives way to a hold-your-breath freeway chase sequence  that gives the film shocking amounts of momentum to move forward, only ever slowing down for quiet character moments or the inevitable exposition dump. Dark Fate gets away with it because of its speed. If you have a metal bending stabbing machine chasing after you, the words “I’ve been sent from the future to protect you” don’t need to be nuanced in during the urgency of the situation.

It’s fairly obvious the moment Hamilton walks on screen (in slo mo no less) that we realise what the franchise had been missing all this time. She’s been the beating heart and it’s a joy to see her step back in the boots. Connor this go around is obviously far more battle weary, having let her trauma and visions of an apocalyptic future envelope her, T2’s panic and violent frustration giving way to concrete cynicism and battle hardened pragmatism. Some might find her cold, but she’s just the mother who knows best. For me, though, the real shining beacon is Davis’ Grace. An “augment” she’s a super soldier, cybernetically enhanced to go toe to toe, hand to hand with a terminator. The lean, vicious protector to Ramos, Grace is a truly delightful addition to the franchise. A warrior from another time, she knows she has none left, giving her the personality of a sledgehammer with little patience for anyone’s bullshit. Watching her go step for step with Luna’s Rev-9 makes for some of the best human on robot action sequences of the film and probably the franchise. And while almost completely emotionless, Gabriel Luna gives his killer, body-splitting character just enough glints of murderous glee behind the poker face to know that there is truly evil in the machine.

While Arnie’s return is shorter than expected, it’s also fairly off kilter. Some might hate it, while I was happy to see this iteration of the character. The film asks the question what happens after “mission accomplished” and even harkens back to Sarah watching on as John bonded with the protector T-800 in T2, lamenting “Of all the would-be fathers who came and went over the years, this thing, this machine, was the only one who measured up. In an insane world, it was the sanest choice.”

While not a complete home run (comedy by studio committee be damned) Terminator: Dark Fate is a very welcome step in the right direction and while some may suggest it’s a low bar to cross, it very much earns the “best film since T2” award. 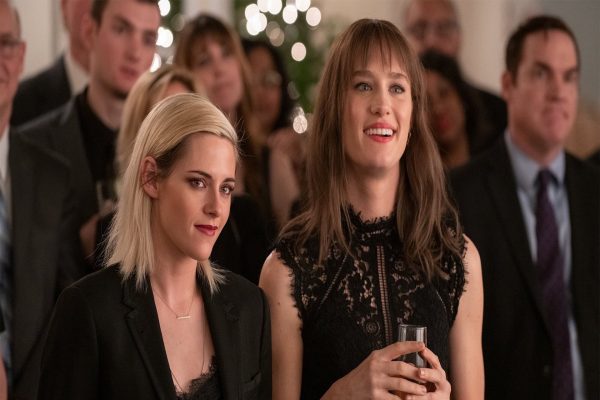 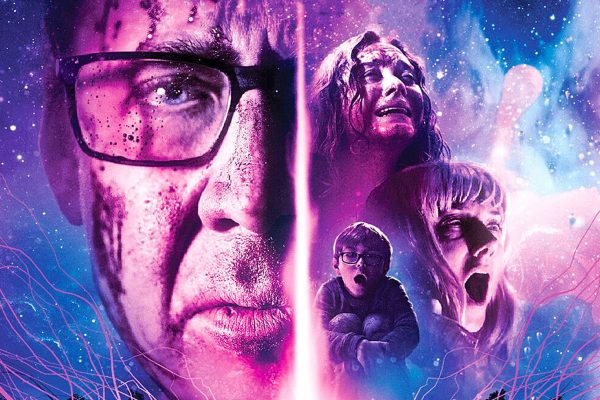