Built around an unlikely but nonetheless novel idea regarding a single woman’s penchant for holding on to odd mementos from her past relationships, and the community-supported installation that is spurred from that, The Broken Hearts Gallery doesn’t reinvent the romantic comedy genre, it just does it extremely well.

A witty script and confident, if standard, direction from Natalie Krinsky (her directorial debut) keeps the film afloat, though ultimately it’s the outstanding, comedically confident turn from Australian talent Geraldine Viswanathan (a standout from 2018’s Blockers) that solidifies the film as a must-see; if The Broken Hearts Gallery doesn’t announce her as a star-in-waiting, I don’t know what will.

Utilising her likability to soften her character quirks that in a lesser actress could have come off as infuriating, Viswanathan excels as Lucy, a 20-something, New York-based art gallery assistant (Bernadette Peters has a neat supporting role as her straight-shooting boss) who is wholly consumed by blind love every time she enters a relationship.  So consumed that she often collects (hoards, even) mementos from each dalliance; a piggy bank, a Monopoly piece, and a rogue tie just some of the “gifts” she’s storing in her shrine-to-love-gone-by bedroom.

After her latest split, her first with someone she would consider a “grown up” (Utkarsh Ambudkar, handsome but appropriately smarmy) – he owns a fridge and coffee table books – Lucy meets the more reserved Nick (fellow Aussie export Dacre Montgomery, the Stranger Things actor oozing a quiet charm) in a typical meet-cute scenario where she mistakes his car for her Lyft ride and proceeds to pour her broken-hearted sorrows to him before realising he’s not her designated driver at all.

As they delightfully banter back-and-forth, we wait with bated breath for the two to realise they’re perfect for each other, and thankfully the narrative at hand (however unlikely it may be) and the crackling support players (Phillipa Soo as a gay heartbreaker and Molly Gordon as a death-obsessed cynic are pitch perfect as the archetypal supportive best friends) lean in just enough to the rom-com tropes, whilst simultaneously playing with them to evoke a freshness for us to forgive the familiar.

That familiar would be previously mentioned grown-up boyfriend returning when Lucy becomes something of a success in her field, thanks to the gallery-shrine she unintentionally starts in Nick’s boutique shabby-chic hotel-in-the-making (because, of course) as a way to deal with her heartbreak.  When more and more people start leaving mementos from their own heartbreak, an unofficial exhibition begins, the New Yorker starts writing articles about said exhibition, Lucy and Nick montages begin at an alarming pace, and we’re even treated to a heartstring-tug moment for good measure (it’s actually incredibly sweet and poignant in realising why Lucy hoards the way she does), all in the lead up to a grand gesture (this film at least has the smarts to be self aware enough to acknowledge it as so) that seems designed to remind us what type of fantasy rom-com environment we’ve chosen to escape to.

But as much as the film seems to delight in the standard ingredients of a romantic comedy, writer/director Krinsky has a knowing, at-times cynical view on love that allows it to be a little more relatable, even if we know the saccharine scent will eventually consume the material.  But ultimately, The Broken Hearts Gallery succeeds off the back of Viswanathan, with every pop of life, colourful retort and observation, and emotional note hit perfectly throughout.  The film is better for it, as are we for being privileged enough to bathe in her delightful presence. 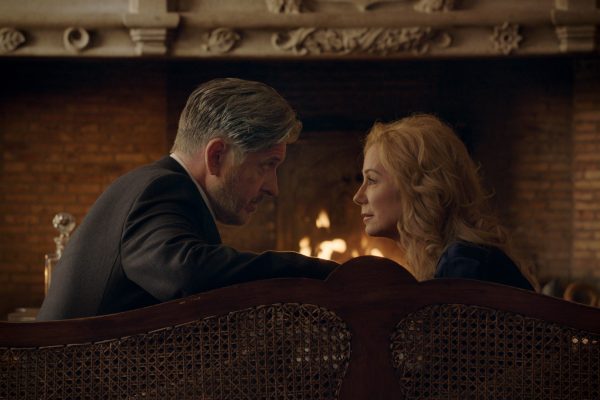