The notion of the separation between classes has oft been a road travelled in film, especially when focusing on the removed reality the supremely wealthy exist in within the horror genre.  We saw it recently in the satirical The Hunt and last year’s Ready or Not – which very much exacerbated how evil rich people truly are – and The Dinner Party similarly embraces this ideal, though perhaps not as effectively.

Struggling playwright Jeff (Mike Mayhall), hoping to lure investors to financially back his latest effort, has accepted a peculiar invitation to join said investors at a lavish dinner party thrown in a typically expansive estate out in a secluded neighbourhood.  Alarm bells should already be ringing when Jeff and his dragged-along wife (Alli Hart’s reluctant Haley) are answered at the door with profane-laced anger from resident Sebastian (Sawandi Wilson) who abruptly tells them to “F*** off!”.  Returning mere seconds later in a more jovial state, Sebastian assures the nervous Jeff and Haley that he is joking and that their evening awaits.

Instead of high-tailing it out of there like any sane person, Jeff and Haley follow the standard practices of the horror genre and accept the invitation, essentially sealing their fate as they take their seat.  Whilst Jeff tries so desperately to fit in with the apparent elite of the table – next to the opera-obsessed Sebastian, there’s off-kilter doctor Carmine (Bill Sage), famous author, and clothes averse, Agatha (Kamille McGuin), the supernaturally-inclined Sadie (Lindsay Anne Williams), and the oddly accented Vincent (writer/director Miles Doleac) – Haley sees through the egoism and senses something isn’t quite organic.

We’re unsurprised when Haley’s suspicions come to the foreground – and how! – but, quite frustratingly, The Dinner Party has no sense of urgency in hurrying its story along.  Unlike the aforementioned Ready or Not which executed its concept in a tight 90 minute package, delivering giggles and gore in equal measure throughout, Doleac’s horror effort tests our patience for the film’s first hour-or-so with incessant conversations between the guests about certain operas.  It certainly adds to our delight when the violence hits and they are offed in various gory manners due to their insufferable natures, but an hour-or-so of these exchanges doesn’t help the film in convincing audiences it’ll be worth the wait.

Once the shit does hit the fan though, Doleac delights in grossing out his audience to the best of his abilities (cannibalism, anyone?) but, ironically, when the film attempts to push the button further than what we may expect, it falls flat, coming off as if it’s trying too hard to evoke a response.  What the film does have going for it though is Hart, with the actress appearing capable as the “final girl” archetype who witnesses her share of atrocities throughout before unleashing her killer instinct.  There’s some convenient backstory flashes for her character that play into her own trauma (all a little rough in its execution though) and a supernatural element addressed late in the narrative ultimately takes away any of the impact felt in her slaying her fellow dinner guests.

The Dinner Party deserves credit where it’s due for attempting to shake up the genre and play by a different set of rules, but there’s ultimately very little structure on hand.  It has an ugly beating heart that it almost tries to justify, when, given the type of people it is highlighting, it would’ve been more in tune with its temperament to own its mean streak without the necessity of overt exposition.

The Dinner Party is screening in select US theatres from June 5th and available on demand from June 9th.  An Australian release date is still to be determined. 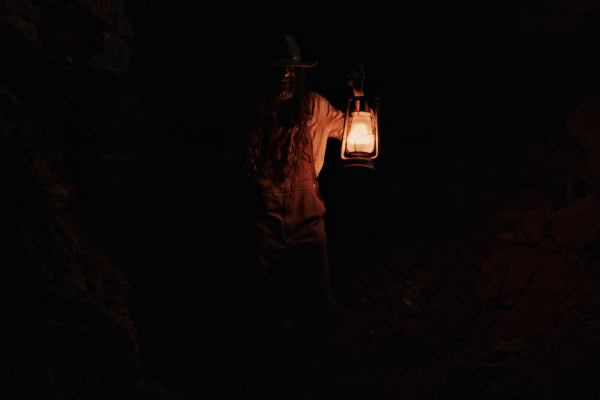