A film that’s profoundly moving but utterly devastating in the manner in which it immerses its viewers in the tragic, diminishing state of its lead character, The Father is a masterful film that deserves to be seen, even if it’s the most torturous of watches.

Similar to how Sound of Metal put its viewers in the audibly diminishing temperament of its lead character, writer/director Florian Zeller – adapting from his own stage production – disorientates his audience with purposeful confusion to illicit the feeling of memory loss, placing us in the state of being of its lead character, Anthony Hopkins’s Anthony; and the name similarity is no coincidence, with Zeller naming the character as such as he always intended the Oscar winning actor to embody this role. Time, location, and identity of characters all become deliberately misrepresented as the 97 minute running time primarily unfolds in Anthony’s flat, a London dwelling he’s all too familiar with, not taking kindly to the notion that he’ll be moved to a home on account of his dementia.

The opening scene of The Father is perhaps its most straightforward as Anthony spars with his daughter, Anne (Olivia Colman), ribbing on the fact that she’s met a man and is moving to Paris; the lighthearted banter turns wickedly cruel when Anthony insinuates that Anne could meet any man and be distracted, before his helplessness once again proves dominant. It’s this altered state of mind that plagues Anthony throughout, and it’s why Anne has decided he can no longer live alone. Manipulative as it may be, it’s no less heartbreaking, and his bouts of failure and ferocity prove a governing trait throughout.

In the sequences that follow, Zeller incorporates his disturbing mentality in order to portray the horror of Anthony’s mind, with Anne alternating between being portrayed by Colman and Olivia Williams, whilst the character of Paul, who may or may not be Anne’s partner, is embodied by both Rufus Sewell and Mark Gatiss, with their personalities wildly altering depending on just who Anthony views them as. This confused state of mind further plays into Zeller’s psychological torture of Anthony, with him clearly succumbing to his dementia, whilst also existing in a state that suggests a type of potential gaslighting from a family that appear to love him and loathe him in equal measure. It isn’t essentially until the film’s final scene that it seems to make perfect sense, a sequence that is undoubtedly one of the most heartbreaking put to screen in recent memory.

Given he has such an illustrious career behind him, it’s almost unfathomable to think that The Father provides Hopkins with perhaps the strongest material he’s been afforded thus far. I’d argue to say it’s the best he’s ever been on screen, with him effortlessly embodying the character’s delicacy and dangerousness with unmatched composure. Colman similarly follows suit, shading her performance with light and darkness that expresses how much she loves a man that she no longer understands. Williams, Sewell, Gatiss, and the so-far unmentioned Imogen Poots, whose turn as Anthony’s new in-home carer leads to some of the film’s most agonising material, are all equally stellar, but The Father‘s heart is between Hopkins and Colman, with the two navigating this traumatic exquisiteness to fruition, resulting in a film that’s practically a relief on the senses once it has culminated.

The Father is screening in Australian cinemas from April 1st, 2021. 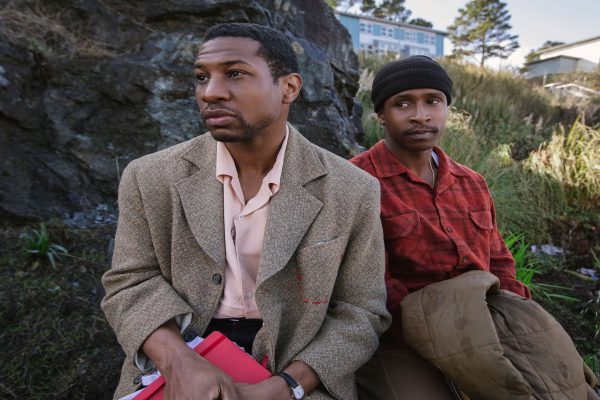