The Hitman’s Bodyguard was one of those movies that I enjoyed for what it was upon its original release in 2017, but have given very little thought of since. I understood the critical lashing it received, but I was also completely unsurprised it managed a heft of change at the box office; safe to say its positive commercial reception came off the back of Ryan Reynolds’ appeal.

The film was simplistic in its narrative as it covered the traditional buddy-cop genre, only neither Reynolds or Samuel L. Jackson were cops. Instead Reynolds was the titular bodyguard to Jackson’s hitman, protecting him against his judgement as they swanned about various European cities, bickering and brutalising along the way.

As successful as it was, and as much as Reynolds and Jackson’s chemistry was praised, a sequel was not at all particularly alluded to, nor was it remotely necessary. That being said, here we are with a second round, serving similarly forgettable action and crude, profane humour that’s still admittedly entertaining; disclaimer, very little of this film’s humour is smart and your susceptibility will more than likely rest on how you responded to the original.

Titled The Hitman’s Wife’s Bodyguard, the film follows the original’s suit with Reynolds’ Michael Bryce doing all he can to remove himself from his bodyguarding persona, having lost his licence to do so. Hoping to enjoy a sabbatical of sorts, he’s unwillingly thrust back into the action when Sonia Kincaid (Salma Hayek) seeks him out and pleads for his help in finding her kidnapped husband, one Mr. Darius Kincaid, Jackson’s returning hitman.

Clearly realising how well she was received in the first film – however small her supporting role was – Hayek’s been upgraded for the action here, once again proving her highlight status and clearly revelling in the chance to adopt an action heroine temperament and incessantly swear in a manner that could make even Jackson blush.

Though there is something of a plot laid out – Antonio Banderas pops up sporadically as the wonderfully named Aristotle Papadopolous, a Greek gangster intent on destroying Europe’s electrical grid as revenge on the EU’s sanction on Greece – audiences are by no means invested enough in anything beyond the back-and-forth between Reynolds, Jackson and Hayek; case in point, the very-not Greek Banderas doesn’t even bother to adopt an appropriate accent.

As an action film there’s none of the form here in the same league as a Mission: Impossible or a John Wick, but as a comedy it satisfies as a surface level effort that is at least smart enough to know its sole selling point is its cast and their capabilities in tapping into their comedic stylings. A third film is presumably off the table – although the film’s closing gag is an absolute winner that sets up the most amusing of dynamics between the lead trio – but IF they were to attempt one more squeeze from this premise, Hayek is undoubtedly the key ingredient to maintain any sense of flavour.

The Hitman’s Wife’s Bodyguard is screening in Australian theatres from June 24th, 2021. 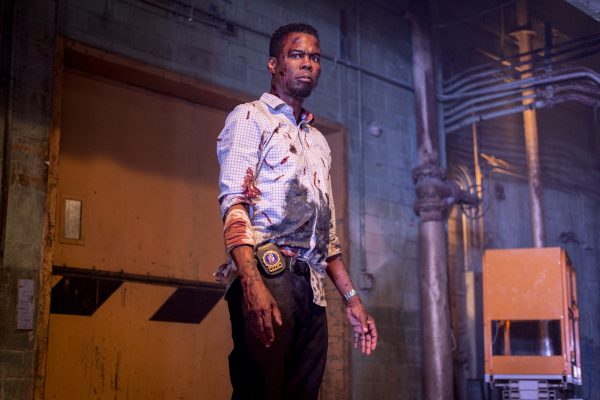