A remake of 1988’s Steve Martin/Michael Caine laugher Dirty Rotten Scoundrels, itself a do-over of 1964’s Marlon Brando comedy Bedtime Story, The Hustle is no doubt hoping audiences aren’t overly familiar with either venture given its refusal to veer too far from its source material.

A passion project of sorts for star Rebel Wilson – the Australian actress reportedly pitched the idea to studios under the working title Dirty Rotten Skanks – this occasional comedy aims broad but ultimately has to settle for amusing middle ground.  Sporadic one-liners pepper Chris Addison’s con-comedy which introduces us to a duo of female grifters (Wilson’s sly-but-unkempt Australian Penny and Anne Hathaway’s more refined Brit Josephine) whose individual scam artists begrudgingly work together in a bid to scheme a plethora of interchangeable millionaires out of their fortunes.

If you’ve seen the aforementioned Dirty Rotten Scoundrels, or even the similarly themed 2001 comedy Heartbreakers with Sigourney Weaver and Jennifer Love Hewitt as a mother-daughter con duo, then none of where The Hustle‘s story beats travel will come as a surprise; and this is courtesy of no-less than four screenwriters, though only one of them (Captain Marvel co-screenwriter Jac Schaeffer) is a component not credited with writing either Scoundrels or Bedtime Story.

Given the predictable nature of the film it only makes sense for the situational humour contained within to be of genuinely jocular value, but sadly not all of The Hustle‘s comedic attempts land, in fact some even crash with a deafening thud, though the film soldiers on to its mightiest ability thanks to Wilson and Hathaway, each performer brandishing their own unique sense of humour throughout; Hathaway’s questionable British accent an evident sign of surrendering to the lunacy.

Wilson’s divisive nature as a performer is likely to be a factor as to whether or not The Hustle proves worth your time, and whilst there are moments she overdoes it – one of their jobs sees Penny having to play the mentally unhinged sister of Josephine’s supposed royalty – the largest con act in the film revolving around a tech millionaire (a rather sweet Alex Sharp) brings out a surprising tenderness in the usually overt actress, even when her character fakes being blind.  Hathaway, who’s even a hoot to view when she’s phoning it in, is clearly enjoying the chance to ham it up, and the film adopts a slightly more energetic temperament when she’s on screen.

A low-rent comedy at the end of the day that has little defining ingredients beyond the chalk-and-cheese team-up of Wilson and Hathaway, The Hustle could swindle a few dollars out of its unsuspecting viewers but its attempt to win big comes up a bust as we’ve ultimately seen all these tricks before. 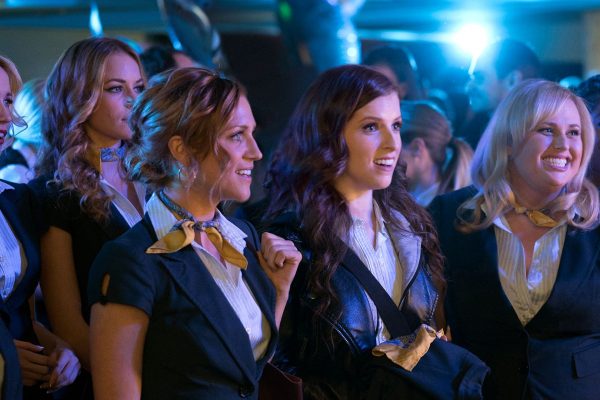