The most fair and accurate way to review The Lego Movie 2: The Second Part is to allow the film and its lyrics to speak for itself.

Everything’s not awesome
Things can’t be awesome all of the time
It’s not realistic expectation
But that doesn’t mean we shouldn’t try
To make everything awesome
In a less likely, unrealistic kind of way
We should maybe aim for not bad
‘Cause not bad, well that would be real great.

The film clearly aims for “not bad”. It’s fine. No it’s not totally awesome or as creatively inspired this time around. It’s silly fun, but also narratively convoluted. It’s colourful and filled with humour, but lacks the subversive energy that propelled and emboldened the first film. The pop-culture meta commentary is still there (it’s really all the film has outside of the vibrant animation), but it doesn’t land nearly as consistently or hilariously as the original film or the 2017 Batman spin-off.

But is this sequel perfectly fine viewing for kids and adults? Sure.

Written by the Lord/Miller combo, but not directed by them, Lego 2 is a continuation from the previous film and shows us what happens when the baby sister is finally allowed to play with the boy’s toys. In the earlier scenes, the 2 is clearly acting as a type of meta-pseudonym for toddler (2 years of age). What happens when less sophisticated, age-appropriate duplo is suddenly introduced to a carefully balanced world of interlocking plastic building blocks? The answer: apocalyptic war.

I giggled at the Mad Max-inspired dystopia and the assault of cuteness from smiley-star blocks voiced by various miniature humans. It’s sweet enough and mildly entertaining, but it’s also clear from the early going that the film is running low on ideas.

While plastic-avatar versions of Chris Pratt, Elizabeth Banks, Nick Offerman, Will Arnett and Alison Brie continue to build, fly and fight their way through the toy box, there’s just not enough story to fill the 90 minute build time. The entire film is centred around the premise of quarrelling siblings agreeing to share their toys. As audiences, we’re meant to be compelled by the potential banishment of our lego sets for all eternity. But we’re not.

Also, I want to step out of the review here and, as a parent, call the film’s bluff. Lego/Duplo blocks are expensive. Absurdly expensive. And these kids have enough Lego to build complex, fully-functioning, nanoscopic civilisations that completely inundate the downstairs basement and both kids’ bedrooms. Try banishing $20000+ worth of Lego just because you’re kids can’t play nicely together. I’ll wait.

I’d be lying if I didn’t admit to playing “Catchy Song” a few too many times on Spotify after the media screening. It’s the new “Everything is Awesome” and it works as a tongue-in-cheek denouncement and embodiment of everything that is awful and artistically bankrupt about pop music. It’s also…you…know…super catchy. Soooo???

While my disappointment from the film hinges primarily on the less-than-impressive script, I’m also fully prepared to say that for general audiences that won’t be a problem. The goofy life lessons still apply all the same. Kids will laugh as a banana keeps tripping over itself. Adults will chuckle as Batman discusses how his character is currently under several stages of development at Warner Bros. The best joke comes from the most random of places (something I wanted much more of) and involves an iconic actor/character crawling through air vents.

No Lego Movie 2 isn’t awesome and while the stunning animation may not be as groundbreaking as it was in 2014, it’s still marvelous to watch and an incredible feat by the animators. Just set realistic expectations for yourself. Take your kids and have some mindless fun. If not, you could always skip the movie entirely and just watch the end credits which features another fantastic absurdist track from the Lonely Island crew. Because we all know the closing credits are the best part of any movie. 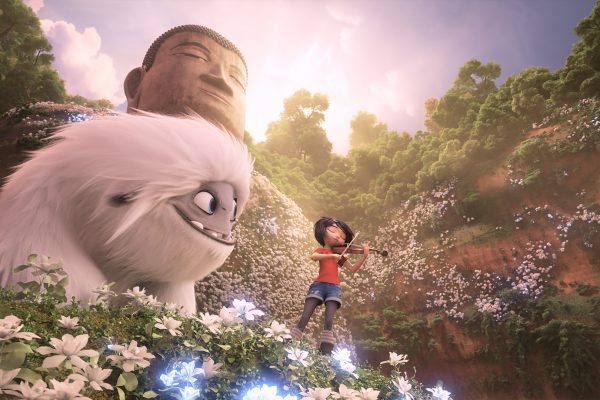