Void of much dialogue – and then when it is uttered it’s usually of a cryptic nature – The One You Feed has a simplistic plot surrounding a young man (Gareth Koorzen) and his rescue at the hands of a couple (or are they?) after he becomes injured during a camping trip.  The aforementioned couple (Rebecca Fraiser and writer/director/costume and production designer Drew Harwood) are evidently interested in the young man, but her advances flirt between seduction and sinister, whilst the two men form an attraction that culminates in one of the film’s most confronting sequences; you may not look at raw eggs the same way after one such scene uses them as a lubricant substitute.

There’s a dream-like mentality bathed across the film that seems to indicate that Harwood has something to say.  But what exactly is never clear, and the paradoxical nature he adopts means audiences are more likely to check out rather than inject their own investment into proceedings.

The reasoning behind the characters having no definitive names is a deliberate ploy on Harwood’s half too, stating he wanted to normalise sexuality and remove the stigma of labels.  Whilst this is a well-intentioned additive, it comes off more artificial than it does commonplace, and doesn’t exactly help define any of the characters.  There’s interesting performances throughout though, but a lack of characterisation means their emotional input only goes so far.

Whilst The One You Feed and Harwood himself can be commended for going against the grain of the usual queer love story, the film’s practically deliberate psychological disconnect means audiences are at an immediate disadvantage, something that proves hard to overcome throughout the alarmingly taxing 85 minute running time.

The One You Feed is currently available in North America through Gravitas Ventures on cable and satellite platforms.  An Australian release is yet to be determined. 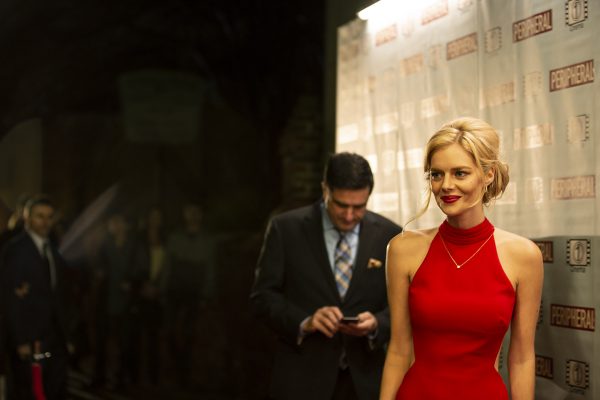