No doubt hoping to pass itself off as the Australian equivalent of a Pixar offering, The Wishmas Tree is all colour, enthusiasm, and good intentions without any of the substance to ground its distracting ingredients.

We’ve seen this all done before (and, you know, much, much better) – though perhaps director Ricard Cusso deserves a bit of credit for attempting such an ambitious project – as The Wishmas Tree‘s ecological setting houses an extended community of animals, all of whom live in a state of relative harmony, save for a singular rebellious archetype who yearns to seek an existence outside the compounds of her community – seriously, you can stop me if you’ve heard this before.

Said rebellious archetype is Kerry (Miranda Tapsell), a ring-tail possum who sends her town into a state of chaos when she breaks the rules of the sacred Wishmas ceremony in her bid to explore the outside world. What is a Wishmas ceremony I hear you ask? Well, it’s a once-a-year event where the community are all granted a wish under the magic of the titular tree.  But now that Kerry has gone and botched tradition, she’s off on a quest (of course) to right her wrongs, and she’s even got a comedian-voiced sidekick accompanying her for good measure; British comedian Ross Noble providing the voice of Yarra, a frill-necked lizard.

At just under 90 minutes (including credits, mind you) The Wishmas Tree certainly isn’t here to waste time, but seemingly to save on overtly-costly CGI, there’s a minimum of action and a larger emphasis on dialogue, and the sporadic toilet joke.  There isn’t much of a message here either for youngens to take away with them, with Peter Ivan’s script touching lightly on the importance of co-operation, but failing beyond that, despite best efforts to emulate the strong female protagonist so many other animated films push (successfully) to the forefront.

This is a deliriously simple film.  Though young (and I mean young) audiences may find its low-rent graphics and theatrical vocal work a happy distraction, the older folk in charge of accompanying the little ones to movies such as this aren’t going to find remote solace in this misguided affair.  I can only imagine the filmmakers wished for a cinema release for this one as this is TV fodder at best. 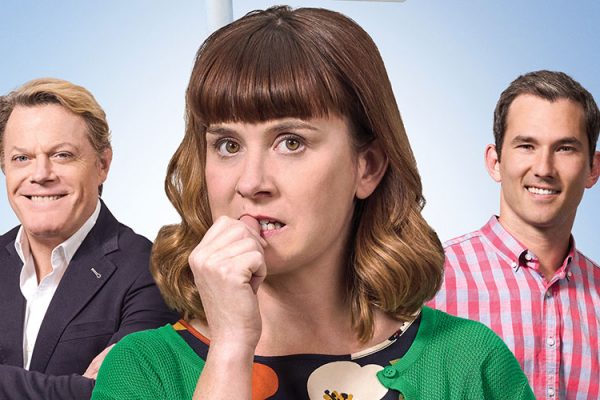