The type of nauseatingly formulaic romantic comedy that the Hallmark Channel would love to have called their own – and Netflix, nowadays – Then Came You is a vanity project if ever there was one, with writer/producer/lead Kathie Lee Gifford rolling out cliched dialogue and all too obvious “acting” among embarrassingly soft filters and a Scottish countryside that, whilst attractive, isn’t shot from an angle that differentiates itself from any other European-based genre entry.

Using her character’s aspirations of wanting to be a singer as an excuse to break out into studio-enhanced song whenever she sees fit, Gifford’s Annabelle Wilson – equally stuffy as she is sunny – has long given up her entertainer dreams and traded in for a suburban lifestyle with husband Fred in Nantucket. No children, a three-decade long marriage, and a successful hardware store later and Annabelle finds herself widowed; her “talking” aloud in their now empty home laying the foundation of her travel-ready mentality, whilst also confirming how incredibly unnatural Gifford is at emoting.

Because Fred and Annabelle loved movies, she’s decided to take her nest egg and take a trip around the world to visit 20 places that are all sites of their favourite movies, a sweet way of honouring Fred’s memory. Had Then Came You been more of a road-trip/adventure type film actually dedicated to visiting such film sites then there could have been something of interest on hand, instead she stakes a claim in Scotland (chosen because of the movie Braveheart), finding herself an unlikely companion in Howard Awd (Craig Ferguson), the innkeeper of a 400-year-old castle he has transformed into a stately B&B. Of course, we say unlikely as if we’re surprised the two get together, what with him being so sarcastic and her being so…American?, but we know their happy ending before they do, and we wouldn’t really mind that much had Gifford decided to pepper the script with material that was remotely funny.

Playing out like most romantic comedies do, Then Came You hopes the back-and-forth of Gifford and Ferguson is enough to pass the time on a story we’ve seen told multiple times before – and far better – even throwing in the expected dramatic obstacle of Howard’s impending nuptials; not only is he marrying someone incredibly dull (a wasted Elizabeth Hurley as an apparent social climber named Clare), but within a matter of days too. How could he not have told Annabelle?!?!?! The marriage subplot brings about a lot of questions that you really shouldn’t have for a movie so incredibly light – we see no wedding preparation and their utter lack of chemistry should have been addressed long before a proposal – but, again, this would all be forgiven if Gifford and Ferguson could muster a smidge of chemistry.

There’ll be an audience for this type of outdated romantic rubbish i’m sure, and Ferguson – who is admittedly quite roguishly charming on his own accord – may be enough for audiences to persevere through, but Then Came You sadly panders to every genre stereotype possible, treating its characters with such insulting simplicities, which is even more unforgivable when you realise that women were at the helm as the production’s writer and director.

Then Came You is screening in Australian cinemas from March 11th, 2021. 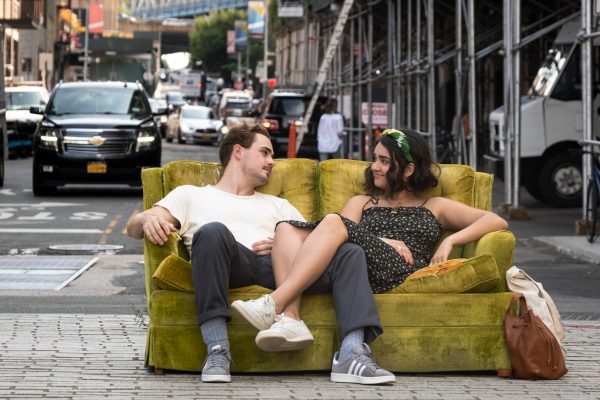