It makes sense that the marketing hook for Three Thousand Years of Longing would boast that it comes from “the director of Mad Max: Fury Road“. That long-awaited sequel and its ultimate bombastic nature drove it to critical and commercial acclaim – it’s considered one of the greatest films ever made – and, somehow, it created an accessibility that general audiences lapped up. Director George Miller’s visual aesthetic is very much on display here in a similar manner, but audiences expecting something exciting and fast-paced akin to Fury Road best remember this is also a filmmaker who has experimented with multiple genres throughout his career; helming such efforts as the dark comedic fantasy The Witches of Eastwick (1987), the medical treatment drama Lorenzo’s Oil (1992), and the family adventure Babe: Pig in the City (1998).

His penchant for unique storytelling is on glorious display in Three Thousand Years…, a fantastical and highly emotional romance drama that takes what could be a type of modern riff on Aladdin and elevates it to something far more vulnerable and soul-stirring. Adapting the 1994 short story “The Djinn in the Nightingale’s Eye” by A.S. Byatt, Miller and co-writer (and daughter) Augusta Gore frame the story around the two-hander performances of Tilda Swinton and Idris Elba as, respectively, a British literary scholar and the Djinn she unexpectedly frees from an antique bottle she buys whilst at a local store in Istanbul.

Swinton’s Alithea Binnie is a creative, if reclusive type who, as we learn, suffers from rather bizarre hallucinations that can often cause her to faint. This narrative addition helps us as an audience gain an insight into Alithea’s temperament, and just why when she’s confronted with Djinn she doesn’t seem entirely shocked or phased. Visiting Istanbul for a conference, the bottle she purchases and subsequently frees Djinn from sprouts a storytelling dynamic between the two born from his “I grant you three wishes” shpeel that has historically always led him back to the confines of the bottle.

Alithea’s emotional detachment and Djinn’s sole existence being tied to emotional connection means he has his work cut out for him when hoping to grant her her true desires. Alithea claims to be entirely content with her life, and whilst most of us would find that a difficult sentiment to swallow, Swinton injects such an earnestness into the character that it only strengthens Djinn’s determination. For his part, Elba is supremely charming, making the most of his imposing physique and booming voice, which, in turn, enhances his vulnerability. The duo are gorgeous together.

Wanting to understand his own history and why she should trust a being that has often been linked to that of a trickster, Djinn tells of his circumstance, leading Miller to indulge his visual eccentricities as we weave through time. First, there’s his involvement with Queen Sheba and her ultimate seduction of King Solomon; then, a young concubine’s desire to bear the child of a Turkish prince; and finally, his own love for the wife of a Turkish merchant who was ultimately overwhelmed by his presence, so much so that she wished never to have known him at all. All of his stories – which also include an interlude where his invisible and intangible occupancy goes unrealised for over 100 years, only briefly interacting with a voluptuous concubine of the sultan Ibrahim – lead to the same outcome of his imprisonment following an unfulfilled third wish.

There’s such vibrancy, wicked humour and ultimate heartbreak throughout Miller’s storytelling here. There’s intricate worldbuilding on hand, and though the frenetic editing and rapid pacing might put some people off, the overall engagement is difficult to deny. Ultimately, it’s the relationship formed between Alithea and Djinn that maintains Three Thousand Years of Longing‘s investment. So much more than just a romantic entanglement – and, no, we aren’t going to even venture into any white saviour territory – Swinton and Elba manage to always ground and centre the film, even at its most outlandish. 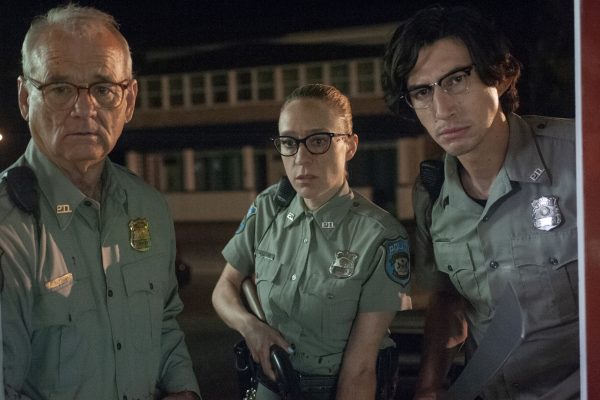