Upgrade is the type of movie that I would have side eyed while perusing the shelves of my local video store and then snuck into my house when mum wasn’t looking. A gorgeously shot throwback to the socially conscious but blood stained sci fi films of yesteryear, Leigh Whannell takes a tried and true genre framework and injects his own brand of insanity into the mix, demonstrating that he’s got the directorial chops for everyone to sit up and take notice.

It’s the not so distant future. A recognizable and borderline dystopian landscape, our smart phones have been replaced with smart coffee tables and bio enhancements are widely prevalent. Whannell’s built a world that’s just familiar, a future that’s barely outside of our reach (but probably not for much longer). It’s in this world that we’re introduced to Grey Trace (Logan Marshall-Green), a technophobe who services “vintage” muscle cars for wealthy collectors. After his wife, Asha (Melanie Vallejo) is killed and he’s paralysed from the neck down by a band of cybernetically enhanced goons, Trace is given the opportunity to walk again thanks to a nifty little microchip called STEM. After he regains the use of his limbs, he soon discovers that STEM comes with some other…enhancements, and it isn’t long before Trace uses his new found abilities and the voice in his head (Simon Maiden) to hunt down the people that murdered his wife.

Narratively speaking Upgrade doesn’t exactly bring a whole lot that’s new to the table. The revenge genre is filled with look-a-likes and copycats, all with similarities and crossover motifs galore, and it’s a genre that’s increasingly more difficult to bring something unique to the plate. One works out pretty early on how this is going to end, even with a last minute story rug pull from Whannell. However Upgrade prefers to bathe in its 80’s / 90’s sci-fi nostalgia, from its colour palette to production design, opting for a sleeker form of ‘future-retro’ that we’ve seen in the likes of Blade Runner and Robocop. The Aussie city of Melbourne stands in for Nowhereville, USA, and while I’d normally wince at spotting landmarks in what is meant to be your average American city, Whannell and cinematographer, Stefan Duscio, manage to frame it and camouflage it in a way that structures like the Bolte Bridge only enhance the futuristic experience.

But it’s Logan Marshall-Green and the film’s visually sublime action sequences that are Upgrade’s biggest assets. Marshall-Green is a guy who is almost impossible not to like. While we don’t have to wait long for the cybernetic throwdowns to begin, the time we do spend getting to know Trace are packed with a lot of heart thanks in no small part to Logan’s likeability factor. We’ve seen the ordinary guy thrust into an extraordinary situation thing before, but there’s a warmth to Trace you don’t normally see in these types of characters. Which makes it all the more darkly hilarious when he’s utterly horrified when he allows STEM to take over and do the real damage. Be on the lookout over the next few years as the action here will no doubt be recreated, imitated and badly copied. The energy from the first fight scene onwards reminded me of the church sequence in Kingsman: The Secret Service, action that I’ve truly never seen before. Whannell and his crew have tossed shaky cam well out the window in favour of a gimbal / camera movement system that locks onto an iphone strapped to the actor that follows their every move. The technology allows for some really visceral and unique fight sequences, with Whannell adding his own brand of gore to amplify the experience.

While Insidious 3 was Whannell’s directorial effort, Upgrade gives you the sense that the actor / writer / director has far more up his sleeve than he was originally letting on back in his Saw days. And given what he’s been able to achieve on a Blumhouse production budget, I want to see what happens when someone gives him $50 million to make whatever he likes. He’s only just getting started. 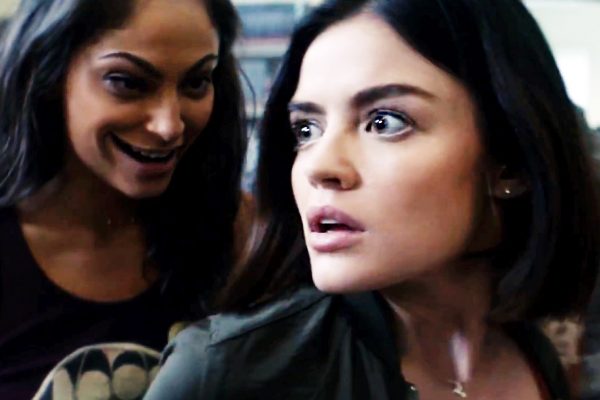