There is already some online vitriol directed the way of Venom. Indeed, backlash may be hard to avoid when you have a new comic book property that brings with it a whole lot of fan expectation (although previous Sony Marvel movies since the original Spiderman trilogy – as against the Disney Marvel MCU franchise entries – have not done a lot to build hope). For the uninitiated (like me), Venom is a symbiote from outer space, which is kind of a sentient alien force that needs a host to merge with and do its dark bidding. He’s like a parasite, but don’t call him that. In the Marvel comics, he is a villain of the Spiderman universe. At best, he’s an anti-hero who apparently has no place being anything like the actual hero he turns out to be here. So, comic book purists be warned: ignorance may be the key to enjoying Venom.

Tom Hardy plays Eddie Brock, an oddly contradictory character who we first see as both a highly successful investigative reporter, and a scatter-brained loser. The film quickly pushes into the latter of these as, in a fit of righteousness, Brock goes off journalistically half-cocked at research billionaire Carlton Drake. Drake, played by Riz Ahmed (reprising his entitled upstart from Jason Bourne), represents the face of corporate self-interest, a kind of Zuckerberg/Trump conglomerate. Brock’s rashness in challenging Drake leads to the loss of his job, his reputation, and his fiancé Anne (Michelle Williams). When Brock, bewildered and sweaty, finds himself host to the super-human strength and morphing abilities of Venom, he has the vehicle to get back at Drake, and at the corporate system that preys on the vulnerable.

Venom does not take itself seriously. Its somewhat self-deprecating tone seems the distraction chosen to convince the audience to get on board with what’s going on here. Which is of course, that our hero is a hideously grotesque, man-eating monster. A lurching Hardy pushes right up to the edge of broad comedy for the laughs, but is a muscular enough actor to elevate the B-movie material to something approaching theatricality. However, to enjoy the dark humour and the vengeance themes, you may need to go to a nihilistic place. For example, it takes a certain moral shrug to forgive our hero wreaking deadly havoc upon a SWAT team that’s just doing its job. And if Venom, through his host Brock, enacts violence with a lot of bone-breaking pummelling while his rival symbiote Riot does more of the bloody stabbing variety, nice guy Brock would still have to be a psychopath to not feel uneasy about it.

Of course, Venom is not the kind of movie to show nuance around themes of good and evil. It also is not a terribly promising start to the franchise it appears designed to kick off. What it is, is a surprisingly coherent, funny, grimy little thriller. It may be worth a few of your bucks. Or you could just skip it and go straight to hate-ranting on Reddit.

Venom is in cinemas now. 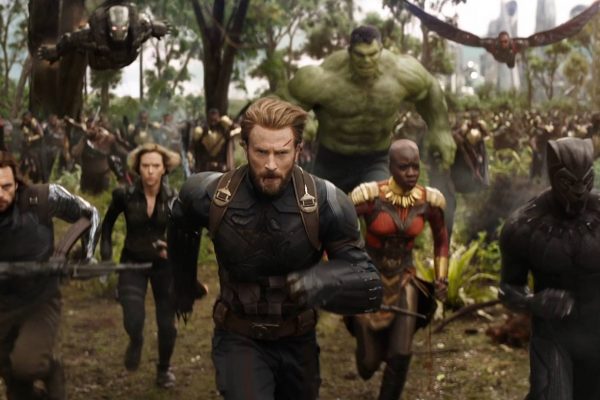