Whilst at times clumsy and lacking the raw emotional depth and captivating performances of previous stage and screen renditions, Spielberg’s West Side Story is visually and musically engaging, and mostly succeeds in highlighting the present-day importance of the original’s themes sixty years later.

Broadway and West End were doing remakes long before they became the film industry’s obsession. The nature of live performance means that directors, actors, theatres, and entire songs come and go as the years and shows roll onwards. A theatre buff won’t just tell you their favourite Les Mis production – they’ll name their favourite Jean Valjean portrayal as well (the correct answer is Alfie Boe, and the incorrect answer is Hugh Jackman). So West Side Story’s new set of faces, producers and more is by itself no novelty – the challenge is what can be done with these elements to draw renewed meaning and breathe new life into a respected piece of art.

For those out of the loop, West Side Story is Jerome Robbins’ modern retelling of Romeo and Juliet. Two gangs – the Sharks and the Jets, faceoff in a racially charged rivalry disguised as a turf war in New York City. When lovers from both sides of the fence disrupt the standoff, relationships and ideals are put to the test, exposing the beautiful and ugly sides of human nature as events spiral darkly out of control. Since the original Broadway production in 1957, the story has seen countless stage productions, revivals, and most notably a 1961 film that picked up Best Picture and nine other Academy Awards.

Director Steven Spielberg’s homage is to the film version, and he makes this clear from his first moments. With the restrictions of a live stage removed, we can view the sprawling landscape of Manhattan in intricate detail and are introduced to the Jets and Sharks led respectively by Riff (Mike Faist) and Bernardo (David Alvarez). Both capture the zealous energy of their roles and carry much of the film’s weight, blurring the lines between pride in identity and xenophobia. Justin Peck’s choreography is immediately bold and impactful, arguably the most impressive element of the entire film in its ability to pay tribute to original ideas whilst simultaneously reinvigorating sequences. The group dance scenes in Stephen Sondheim and Leonard Bernstein’s classic numbers like “Jet Song”, “America”, and “Cool” are stand-out moments that captivate and feel most like witnessing the original onstage.

The film’s romantic story is driven by Tony (Ansel Elgort) and María (Rachel Zegler). Both bring a youthful energy to their performances, but neither truly demonstrate a compelling depth of character. Elgort strides through the earlier carefree, uplifting peacemaker phase of Tony with ease, but struggles to portray his conflict and disillusionment, particular in the film’s final chapters. Zegler follows a similar path as the bright-eyed innocent and fares better at María’s frustration and heartbreak, but still falls short of anything ground-breaking, and again misses opportunities in her endgame. Stronger performances come from the previously mentioned Faist and Alvarez, along with Ariana DeBose as Anita. Special mention must be given to Rita Moreno, the original film’s Anita, who plays the adapted role of Valentina (previously Doc). Moreno strides effortlessly through her moments with the understated energy of a veteran, and delivers a performance of “Somewhere” that drives home more meaning in two minutes than the rest of the film.

West Side Story’s hit-and-miss weaknesses come from the production team’s decisions in adaptation and modernisation. What should be authentic vocal performances are instead squeaky-clean autotune, with the leads particularly sounding scrubbed of any human detail. Long-time Spielberg teammate Janusz Kaminski’s cinematography is at times impressive, capturing combat, choreography, and the many struts through city streets with precision, but this is hindered by bizarre lighting choices and an overindulgence in poor-quality CGI backdrops and lens flares. Smaller story elements have been changed, and whilst at times these fill in important gaps and make some of the original’s far-reaching story moments more believable, other glaring opportunities for change have been missed. María’s speed in swapping Tony from hated murderer to bedside lover is jarring, and Iris Mena’s Anybodys, the tomboy misfit of the Jets, is still clumsily written and ends up being a Gollum-esque onlooker.

But perhaps the most meta-symbolic aspect of West Side Story is Spielberg’s choice to remove subtitles for the increased amount of Spanish dialogue in the film. Whilst Spielberg has rightly committed to efforts to authentically cast the Puerto-Rican Sharks (a vast improvement on the original), his decision to remove something that assists in breaking down language barriers goes in direct defiance of the story’s message. Unlike the curious characters in the scenes, we cannot stop and ask a phrase’s meaning, and are left instead to stumble in the dark. Adding further irony, Spielberg and screenwriter Tony Kushner’s reasoning on the choice reference the U.S. being a bilingual country – a stark reminder that sometimes American filmmakers forget that the rest of the world exists, and one that has affected the film’s box office takings significantly.

Many theatre-goers will find West Side Story too sanitised to deeply enjoy on the same level as their favourite stage production, but it remains a colourful joy for the senses that captures some of the original’s magic while taking confident steps forward, and delivers a time-tested message with enough spark to find a place for itself. 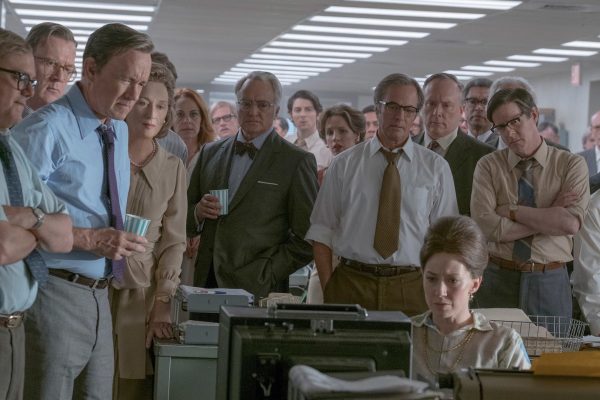