For a film about a heist, Widows almost couldn’t care less about it. Steve McQueen’s first – and hopefully not last – foray into the genre focuses far less on money stolen and guns blazing and far more about the politics of a city, corruption, loss, grief and, most importantly, exploitation; the exploitation of a community, of a people and of our central characters. In that regard, this film will probably rank as one of the more intelligent and thought provoking entries in the genre, with keen movie goers coming away with more to chew on than your average smash and grab flick.

Based on the series by Lynda La Plante, and written by McQueen and Gillian Flynn (Gone Girl), Widows follows the aftermath of a job gone wrong. Veronica (a near perfect Viola Davis) is forced to reckon with the consequences of losing her husband, Harry (Liam Neeson), a 30-year heist man who, along with several other robbers, ends up getting killed when trying to steal $2 million dollars from Jamal Manning (Brian Tyree Henry), an up and coming politician in Chicago who’s facing off against Colin Farrell’s Jack Mulligan. Along the way Veronica recruits fellow widows, Linda (Michaelle Rodriguez) and Alice (Elizabeth Debicki) to pull off what was meant to be Harry’s next job in order to escape the wrath of Manning.

If all of this sounds more complicated than your average heist film, it’s because it’s meant to. Widows is a film that has a lot on its mind, much of which is at the forefront of our collective psyche. Political corruption, tokenism, urban development, police shootings, neoliberalism and patriarchy are all in McQueen’s crosshairs and handled with a deft touch. On the surface, Farrell’s Mulligan is a suave and skilful career politician who, underneath the almost JFK glossy veneer wears the weight of his father’s legacy around his neck like an anchor threatening to drag him down into the abyss. Robert Duvall’s turn as the senior Mulligan is a wonderfully crusty fit, playing the former politician with true old man anger, an individual trying to hold onto a world that’s changing too fast for him. Tyree Henry’s Manning, too, has to balance the duality of being a black, novice politician in Chicago facing off against political royalty, and flicking a switch and diving back into his darker past when the time calls for it. His brother, Jatemme played by an utterly terrifying Daniel Kaluuya, requires no such switch, opting to be a 24/7 educated psychopath and sucking any kind of warmth from the scenery in as charming a way as possible. Seriously, if we could have a do over and Kaluuya was instead Killmonger in Black Panther he could have easily been the Hannibal Lecter of the MCU (sorry, Tom).

But it’s the women who are given the room to fully spread their acting wings. Between McQueen’s direction, Flynn’s script and just the sheer talent among the cast, there isn’t a single weak link here. The crew forced to clean up the mess left behind by their former lovers are never more than a hair ahead of the villains, never confident and just barely keeping their heads above water. Rodriguez, Debicki and Davis have this wonderful bickering chemistry among them, none of them having the real skills required to pull off a $5 million heist and forced to learn on the job. There is a surprising joy watching Rodriguez and Debicki react to Davis barking orders at them while she herself doesn’t necessarily know what her next move will be. At times she has enough strength to walk in the same world her former lover did, but only just. Rodriguez is the best she’s ever been, a woman trying to shed her past for the sake of her children, but constantly reminded of it by her mother-in-law. Debicki’s Alice seems to be the only one who isn’t really hiding who she is. All 6 feet of blonde fragility, she’s the punching bag – both literally and metaphorically- of her former partner, her mother (a grimy Jackie Weaver) and the crew itself. And Cynthia Erivo’s Belle, while a late addition and least developed of the characters, gives us a nice outsiders perspective on the group’s predicament. Following her turn in Bad Times at the El Royale I wouldn’t be mad if she was in everything from here on out.

What’s truly perfect about Widows is the fact that both McQueen and Flynn refuse to treat the audience like morons. The story prefers to elude rather than go full expository and we’re forced to give our own interpretation to a character’s backstory, giving aspects of the film a nice sense of ambiguity. McQueen also takes his time, something rarely seen in your modern actioner, allowing scenes to run their natural emotional course and giving time for the actors to explore the moment at hand. A deeply enthralling film, Widows very much raises the bar for what a heist film should be, giving you popcorn fun while leaving dirt under your finger nails and, intellectually, a lot to think about when the lights come on. 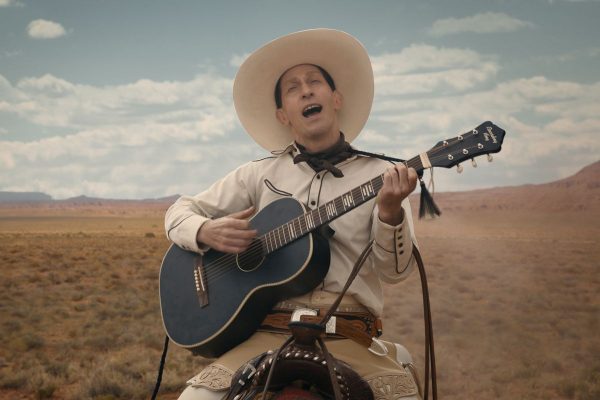