Whether you’re a country music fan or not – and whatever you do, don’t refer to it as country and western – the tenacity of the genre and the sweeping effect it has on its listeners is hard to deny in Wild Rose.

The heart of Nashville is at once at the centre of the film’s toe-tapping soundtrack and embedded in the soul of Wild Rose‘s titular Scottish crooner, Rose-Lyn Harlan (Jessie Buckley, an absolute knockout), a fresh-out-of-jail songbird with aspirations far greater than her Glasgow surroundings.

Whilst her short-temper and penchant for public fornication indicate the type of wild lifestyle she had pre-jail, now that she’s a public citizen again one would assume that she’d adopt a more straight-and-narrow approach to living, with the most important aspect being her two young children, Winona and Lyle.

Expectation versus reality prove to be two vastly different things for Rose-Lyn however, and the choices she opts for herself are often the wrong ones – at least from our perspective.  Singing is her passion and it’s evident she’ll do all she can to fuel it, even if it is at the expense of spending quality time with her suffering children.  There’s never a doubt regarding if she loves her kids, but her needs prove greater, and had Wild Rose‘s Nicole Taylor-penned script been a lesser product, and been embodied by a lesser talent than Buckley, we’d have easily checked out on her rather than consistently rooting for her as we ultimately do.

Though the film’s climactic concert scene feels almost pre-meditated, it’s the journey getting there that we savour.  Change and Rose-Lyn’s own path to maturing is one heavy on curves, and just as the film offers her a slew of curveballs to steer her back in the right direction – her mother (Julie Walters) and wealthy employer (Sophie Okonedo) often throw their support behind her wholeheartedly – she self-sabotages herself in a manner that’s equally frustrating and tragic.

Whilst comparisons to a feature like A Star Is Born feel inevitable from a story point-of-view, Wild Rose is a quieter, more modest tale that bypasses anything overtly “showy” and lets the explosive radiance of Buckley speak for itself.  As childish as she is charming, her raw, rich vocals underlay an organic performance that guides this story, as tried and true as it is, to a destination worth visiting. 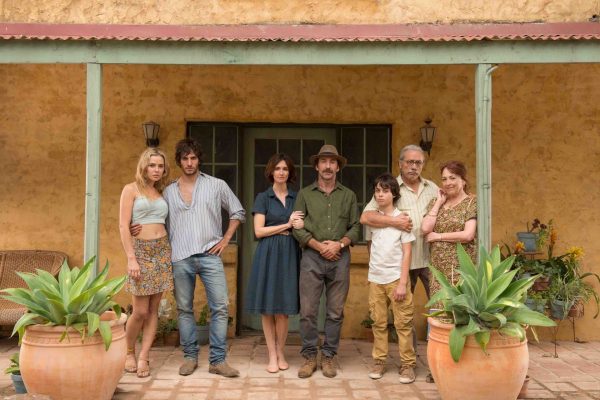