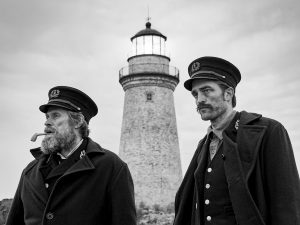 For those keen for a cinematic challenge, The Lighthouse provides a unique nautical experience into the violent, murky waters of a man’s soul.

‘Polarising’ would aptly describe the reunion of the star and director behind 2011’s stylish cult-hit Drive. Two years on and this promising team have unleashed something of an oxymoron. A film that is both similar to its predecessor, yet distinctively dissimilar at the same time. Only God Forgives is an experiment in mood that boldly tiptoes the line between art and pretention. Much like his previous efforts, Danish filmmaker Nicolas Winding Refn has fashioned a hyper-violent fairytale where his neon-soaked aesthetics heavily outweigh narrative progression and character development. Viewing this film felt more akin to walking through a gallery of highly stylised and beautifully framed pieces of visual art.